Founder of The Defiant and author of "The Infinite Machine" 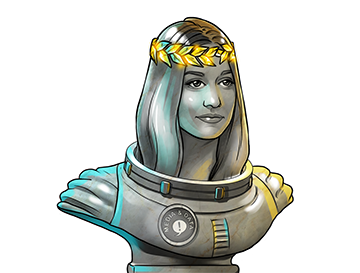 Camila Russo started with Bloomberg News as an intern in New York in September 2010. She then spent four years as an emerging markets reporter for the Bloomberg Buenos Aires office, primarily covering FX and debt in Argentina, which is where she first discovered Bitcoin. Following the ban on Argentines purchasing U.S. dollars, she was investigating ways investors protected themselves from inflation and found local groups purchasing the cryptocurrency.

From August 2015 to December 2016, she worked as a European stocks reporter in Madrid (a period she’s said she found dull after covering the volatility of the Argentinian market), after which she joined the newly formed Bloomberg’s Markets Live team back in New York.

During this period, she got her first chance to cover cryptocurrency on a daily basis, and her first introduction to Ethereum came when she wrote one of the first-ever initial coin offering posts to be featured on Bloomberg in 2017.

From early 2018 to 2019, Russo focused on writing The Infinite Machine, a book about Ethereum’s creation and early days, and went on to found a newsletter called The Defiant in June 2019 that focused on decentralized finance.

Since then, The Defiant has grown into a fully fledged, self-described “content platform” with multiple full-time contributors.

Bitcoin has successfully made its case to the world. Major funds and institutions that previously criticized the cryptocurrency are now buying in droves, and new research notes come out every week that ape the arguments that early zealots have pounded into the table for years.

But what about Ethereum? Despite the remarkable progress multiple verticals enjoyed on the world’s largest layer-one network throughout 2020, there doesn’t seem to be any kind of effective narrative push advocating for the power of a decentralized smart contract platform.

Russo is one key figure attempting to shape and popularize the wider Ethereum story. 2019’s The Infinite Machine — an early history of Ethereum that has rightfully been showered with praise from those within and without the blockchain space — was the culmination of Russo’s lifelong ambition to write a compelling long-form nonfiction story. Inspired by legendary authors such as Truman Capote and Michael Lewis, in Ethereum she’d finally found a tale worth telling — one, it seemed, many other writers had overlooked.

The Infinite Machine, in many ways, naturally led to The Defiant, both in conception and in content. Two core principles — focusing on an underappreciated topic and covering it with generosity toward the reader in mind — can be found throughout The Defiant’s 2020 content. Started as a daily newsletter with a focus on simplification and analysis, the platform has since added a podcast and a YouTube channel for a broader audience and has been hiring aggressively throughout 2020 in a remarkable growth phase that has matched the vertical it seeks to cover.

More than one investor owes their success to Russo’s publication, and The Defiant’s continued growth might well help propel Ethereum into mainstream consciousness.

In 2021, Russo will continue to grow The Defiant into a world-class media platform capable of spreading the good word about decentralized finance.

But what about her personal work, aside from the publication where her title is “Chiefess”?

Consider both Capote and Lewis — Russo’s stated heroes — who were / are prolific writers, rarely trudging through more than a three-year period without a major publication. The Defiant aside, Russo is likely due for another book deal announcement at the very least, and we could well have a full hardback out on DeFi by the end of the year.