President of the European Central Bank 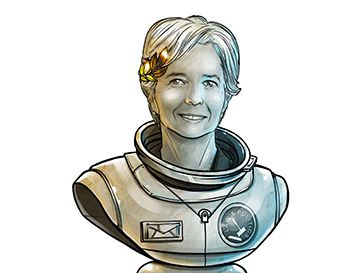 “As Europeans are increasingly turning to digital in the ways they spend, save and invest, we should be prepared to issue a digital euro, if needed.”

When it comes to heading major supranational institutions, few resumes are as impressive as Christine Lagarde’s. The former head of the International Monetary Fund was named president of the European Central Bank on Nov. 1, 2019. In this capacity, Lagarde’s views on cryptocurrencies, central bank digital currencies and stablecoins hold tremendous weight. She is an advocate for sound regulation of digital assets, as well as government-backed cryptocurrencies.

Like other central banks, the ECB was preoccupied with containing the economic fallout of COVID-19. Describing what has been a “difficult year” for Europe and the world, Lagarde urged fellow policymakers to explore how cryptocurrencies could better suit the lifestyle choices of modern Europeans who are increasingly turning to digital options in the way they spend. In November, she invited public commentary on a potential eurozone CBDC. She said her “hunch” was that the ECB will eventually adopt a digital currency, possibly within two to four years. Her remarks mirror similar commentary from December 2019 when Lagarde urged fellow policymakers to get ahead of the curve on stablecoins.

Central banks around the world are exploring the impact of CBDCs on everything from financial stability to monetary policy. If the last few years are anything to go by, Lagarde could push the needle on CBDC development within the eurozone — or at the very least, keep the conversation going. It remains to be seen whether the impact of COVID-19 will hasten these developments or force policymakers to focus on the immediate needs of a post-crisis economy. In the meantime, Lagarde has called for a global regulatory response to Bitcoin due to its role as a “totally reprehensible money-laundering activity.”