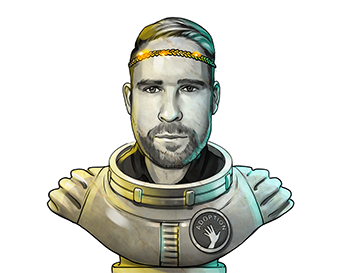 “Bitcoin is solving the biggest problem in the economy: storing value. It’s gold 2.0. It’s a better hedge against inflation, supply is known and capped, and it’s easily stored and transferred.”

After discovering Bitcoin in 2012, Dan Held moved to San Francisco, where he stumbled across a regular crypto meet-up frequented by crypto pioneers including Jed McCaleb (Mt. Gox), Jesse Powell (Kraken) and Brian Armstrong (Coinbase). In May 2013, he launched Bitcoin data app ZeroBlock, which was acquired by crypto data aggregator Blockchain.info later that year. After spending two years working on Uber’s app, Held co-founded The Picks & Shovels in 2017, which built institutional portfolio management solutions for the crypto sector. Its product, Interchange, was acquired by Kraken in 2019. Held joined the exchange as part of the acquisition, serving first as Kraken’s head of business development and later its growth lead.

Held is also a popular crypto influencer and offers commentary to more than 100,000 followers via his newsletter and social media channels.

As growth lead, Held occupied a crucial role at Kraken during a year of unrivaled growth for the exchange and record-breaking volumes. Kraken became the first cryptocurrency business to receive a banking charter in the United States, with its Kraken Financial bank in Wyoming. It reopened services to residents of Japan after a two-year hiatus and expanded into the Australian market for the first time. The exchange’s staking services also attracted $1 billion in user funds in 2020. Speaking to Held’s skill at growing the business, Kraken consistently ranks as the third-largest spot exchange worldwide by volume, according to Bitwise.

Held has long been bullish on Bitcoin and predicted that 2020 would be the beginning of a major bull run for BTC. His predictions were largely proven correct as Bitcoin broke into new all-time highs in December.

Held’s prediction that Bitcoin “could go to $1 million” may not be proven true this year, while his expectation that Bitcoin will be “the precursor to the extinction of gold” also remains to be seen. Held will continue offering his commentary and insights on crypto as one of Crypto Twitter’s most popular influencers. As growth lead for Kraken, Held will be involved with the overhaul of Kraken’s web and mobile user-interfaces in 2021, the launch of new fiat on-ramps, and the introduction of “new financial instruments” that Held says “are going to be big.”