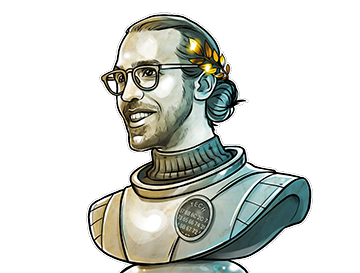 Danny Ryan learned about Bitcoin back when he was in college, though it failed to generate a long-lasting interest in him. Ethereum was another matter altogether; he learned about it before its launch, though he did not fully commit to the project until The DAO launch in 2016.

Working as a freelance developer at the time, he committed code to a few of the public repositories and started a New Orleans meetup group before diving into Ethereum full-time and being hired by the Ethereum Foundation.

Ryan made it clear at the start of the year that Ethereum 2.0 would ship before it ended. Under his tutelage, progress was steady as the various clients gradually signaled readiness. Multiple testnets were released, and audits were completed without major issues.

As the steward of the Ethereum 2.0 effort, Ryan had an instrumental role in coordinating and pushing developers for a quick launch. Still, he never failed to share the spotlight with the developers doing the work.

Some of the testnets showed fairly significant issues with participation and client bugs. Ryan was quick to lead investigation efforts and bring an honest overview of the problems. The efforts of the Eth2 developers ultimately proved successful: Ethereum 2.0 launched on Dec. 1 with no hiccups.

While the successful Ethereum 2.0 launch was the culmination of years of work, it is still only an intermediate milestone. The upcoming year will mark the true test for Ethereum 2.0 developers, who will need to implement cutting-edge sharding technology and work toward the transition of the existing Ethereum blockchain to proof-of-stake.

Ryan will continue to lead those efforts under the community’s scrutiny. The many delays in Ethereum 2.0 development have sown skepticism in the foundation’s plans to release a working sharding implementation in 2021.

After a successful 2020, Ryan and the Eth2 development community have a chance to continue on their roll and perhaps exceed the Ethereum community’s expectations.