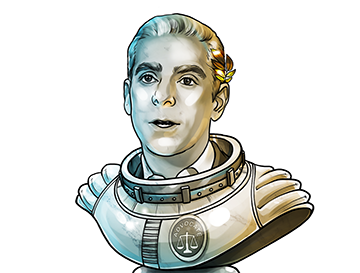 “New name for Libra, but the mission remains intact. Incredibly impressed with the leadership team Stuart Levey has assembled. Novi will continue to support the Diem Association as one of its members, and we’re looking forward to serving people with the best wallet we can build.”

David Marcus is not a superstar of the crypto and blockchain sector, but undoubtedly, he is one of the most influential people who operates quietly, behind the scenes, to deliver perhaps one of the most hotly anticipated new crypto products. He has always been a vocal advocate of crypto, especially of stablecoins. But ultimately, Marcus stepped on the path to making a real difference when he ditched the payments giant PayPal to join Facebook way back in 2014 to focus on the payments section of the social media giant and its mobile messaging app.

In 2018, Marcus switched to become the head of the blockchain division, which was later revealed to be the Calibra app that was to serve as the native wallet for the Libra cryptocurrency. Libra was set to become the payments backbone of Facebook but was intended to operate in a democratic manner under the leadership of the Libra Association. However, the overly ambitious launch plans for the ecosystem have hit an iceberg in the form of the U.S. legislative system.

Arguably, 2020 was a much calmer year for Marcus, not least because the United States Senate and the House Financial Services Committee seemingly lost his phone number, or probably heard enough to send Marcus back to his stablecoin drawing board. Most likely, the latter is the case, as the news around Marcus and his endeavors mainly revolved around rebranding, adapting and upgrading methods. First, the Libra white paper was updated to redefine how the Libra currency would function. Then, initially, the Calibra wallet was rebranded to Novi, followed by the Libra Association transforming into the Diem Association. All these moves were seemingly undertaken in an attempt to change the perception of the project and to comply with U.S. regulators.

Diem initially announced its plans to launch in January 2021, but evidently, it missed that mark. However, once Diem is released, Marcus will undoubtedly be back in news headlines. The potential exposure of billions of Facebook’s users to the Diem token will not only spur global adoption of the cryptocurrency but will show how it can be done seamlessly and on a high budget. But even if Diem’s launch is postponed, Marcus is still likely to remain a vocal, influential figure in the space. After all, Facebook CEO Mark Zuckerberg has proven to have very little intention of dropping the project as Pavel Durov did with Telegram Open Network — so, it’s now up to Marcus to deliver.