Chief scientist at the Bitcoin Foundation 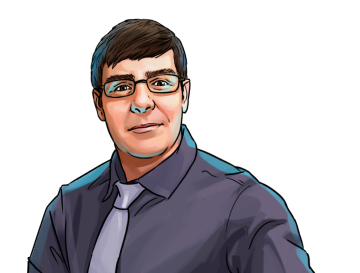 “I think the U.S. should mind its own business, and stop trying to change governments; I think countries with bad economic systems are perfectly capable of destroying themselves. And I think the crisis in Venezuela is mostly from bad policies.“

Having begun his professional career as a 3D graphics and virtual reality designer, Gavin Andresen subsequently transformed into a developer of products for the Bitcoin market in 2010. After Satoshi Nakamoto left the project, Andresen took a leading position in the core team. However, he stepped back as lead maintainer in 2014. He is also the founder of the Bitcoin Foundation, which promotes and supports the development of digital currency. Andresen was the one who supported Craig Wright’s claim that he was real Satoshi, but later expressed regret about the involvement in the “who is Satoshi" game.

Andresen has receded from the spotlight and Bitcoin development in recent years. His committed access to the Bitcoin Core Github repo was revoked when he supported Craig Wright's controversial claim of being Satoshi Nakamoto. Over the past two years, Andresen has spoken positively about Ethereum and some of the applications that have been developed on the network — from the virtual cat trading game CryptoKitties to the no-loss savings game PoolTogether.

On Jan 1, 2020, Andresen commented on Twitter that the most interesting projects to emerge in 2020 are likely to be built on Ethereum. On Jan. 10, Andresen posted an article on his blog proposing a design for a more private and user-friendly Ethereum wallet, so perhaps there will be active developments along this line.