Chairman and chief executive of the CFTC 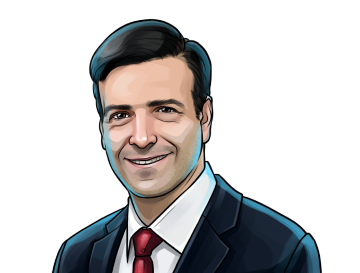 “If you make 10,000 regulations, you destroy all respect for the law.“

Heath Tarbert comes from a professional legal background with degrees from Mount St. Mary’s University, University of Pennsylvania Law School and Oxford University. He has held various prestigious government job titles, including special counsel to the U.S. Senate Committee on Banking, acting U.S. executive director of the World Bank Group and various roles in the U.S. Department of Treasury. He is the current head of the CFTC, following Christopher Giancarlo (also known as “Crypto Dad” in the industry for his positive stance on cryptocurrencies).

Tarbert replaced venerated CFTC Chairman Giancarlo in July. In the last half of the year, the crypto industry waited to see how Tarbert would navigate an industry that has dealt with persistent regulatory uncertainty. In September, Tarbert hired former Coinbase VP Dorothy DeWitt as the new director of market oversight.

In October, Tarbert expressed his opinion that Ether (ETH), along with Bitcoin, is a commodity, and that ETH futures trading could be on the horizon. He also acknowledged forked coins, stating the cryptocurrencies issued by a fork of a blockchain network should be treated identically to the original asset with the added caveat that such forks could raise some securities law issues, depending on the context.

We expect much more regulatory guidance by Tarbert and the CFTC this year. Between the congressional hearing on Facebook’s Libra project and the frequent discussions around central bank digital currencies, institutions such as the CFTC will be required to provide a clear legal framework around digital assets moving forward.