Author of "Bitcoin: Hard Money You Can't F*ck With" and co-founder of Morgan Creek Digital 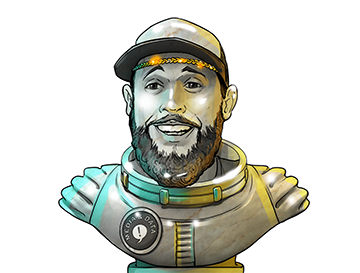 Jason Williams is an American entrepreneur with multiple investment exits in excess of $500 million. Due to his education in healthcare and health services, Williams has in-depth knowledge of the healthcare, pharmaceutical, medical device, energy and retail industries. He built the world's first waste-to-energy cryptocurrency mine in 2015, which ran on trashed light trucks and car tires. He is a humanitarian with over a decade of volunteering experience providing medical aid for mission work in the African continent.

Alongside Mark Yusko and Anthony Pompliano, Williams is also a founding partner of Morgan Creek Digital Assets — the crypto-focused investment arm of Morgan Creek Capital — which is involved with many of the top companies in the space and has significant holdings in Bitcoin.

He is the author of the book Bitcoin: Hard Money You Can’t F*ck With, which went on to become a bestseller on Amazon’s macroeconomics list, pushing him into the spotlight in the crypto community. The book introduces Bitcoin as an asset class to conventional investors and laypeople alike.

In December, Williams released Bitcoin: Hard Money You Can't F*ck With, in which he makes a case for why Bitcoin will be the next global reserve currency. According to one satisfied reader, the book is the “layman’s version” of The Bitcoin Standard: The Decentralized Alternative to Central Banking by Saifedean Ammous. At the time of writing, Williams’ book ranks number one in the macroeconomics section of Amazon’s Kindle Store and number seven in its international economics section.

Throughout 2020, Williams continued to be bullish on Bitcoin, accumulating a sizable portfolio over the years. In fact, he even sold his 2007 Chevrolet Suburban for 0.4 BTC. His focus was also on working with portfolio companies to maximize their founders’ vision and their market penetration. His primary venture, Morgan Creek Digital Assets, has continued to invest in various growing blockchain and digital-asset firms, including leading a $50 million Series C funding for digital-asset platform BlockFi.

As of the start of 2021, Williams continues to enjoy the success of his book release, which has gained mainstream media recognition. Considering Williams’ education and expertise in the health industry, he is working on a new concept/service model in healthcare to use telehealth and Bluetooth-enabled devices to create a “medical body area network,” maximizing healthcare oversight and enhancing performance.

In January, Williams tweeted: “Why would I ever ‘take profits’ from #Bitcoin, simply the hardest money ever created and exchange it for fiat. I’ll just wait until I can buy what I need with Satoshi. Until that time it’s an accumulation game.” Based on this theory, it’s safe to say that he will continue to be a vocal supporter and investor of digital assets — especially Bitcoin.