Co-founder and chief architect at the Stellar Development Foundation 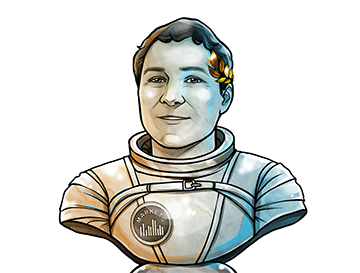 “I do think most things will have a digital representation. It just makes so much more sense, and it’s easier.”

Jed McCaleb is a 46-year-old American programmer and the co-founder of Stellar. McCaleb is also an early pioneer in decentralized systems and blockchain technology. In August 2000, he created eDonkey2000, which became one of the largest file-sharing networks of its time. In 2007, he founded another company that developed a popular videogame called The Far Wilds, which was later handed over to a group of fans.

McCaleb is also the creator of Magic: The Gathering Online Exchange, a well-known trading card website. The website was eventually converted to a Bitcoin exchange called Mt. Gox in 2011 and sold to Mark Karpelès. McCaleb is also a Ripple co-founder, though he left the company in 2013.

After McCaleb left Ripple, he founded the Stellar Development Foundation in 2014. Unlike Ripple, a for-profit company, McCaleb created Stellar as a nonprofit organization.

On Dec. 11, McCaleb appeared on Anthony Pompliano’s The Pomp Podcast, and while discussing the future of the crypto industry, he stated: “Anytime there’s some large technological change, there are some companies that can handle it and some that can’t. [...] Some of them will adapt, and you see that already — like PayPal is now accepting Bitcoin, like Square is obviously very like crypto-forward, things like this.”

More recently, Twitter analyst Whale Alert calculated that McCaleb sold $411 million worth of XRP tokens in 2020 — a sum that represents 27% of the amount held in a settlement account with Ripple Labs. However, he was not named in the SEC’s complaint.

McCaleb stated that the Stellar Foundation is currently focused on maintaining Stellar’s codebase, working on scalability and putting effort into educating regulators so that they better understand the industry. Part of McCaleb’s goal at the foundation is helping Stellar’s ecosystem by introducing partners to each other and facilitating projects between developers. McCaleb is also working on a dollar-savings app and wallet called Vibrant. Initially, the project was focused on Argentina, but the Stellar team is also directing efforts toward serving the business-to-business payments corridor between Nigeria and Europe.