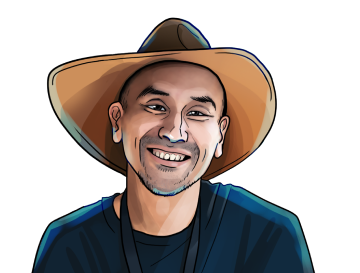 “Bitcoin allows for self-sovereignty. [...] It encourages entrepreneurship, less rent-seeking behavior, for people to find gaps in the market where they can utilize their skills and talents to [bring] value to civilization.“

Jimmy Song attended the University of Michigan and graduated with a degree in mathematics in 1998. In January 2018, Song joined Blockchain Capital as a venture partner. In addition, he runs Programming Blockchain, a for-profit company that’s training students all around the world in blockchain programming and development techniques. He’s published two books on Bitcoin: “Programming Bitcoin” and “The Little Bitcoin Book.”

Song kicked off last year with a blog post reaffirming his stance on Bitcoin’s superiority to other altcoins and blockchain networks. He cited the network’s decentralization as a particularly unsung yet critical factor in comparison with newer networks promising better speeds and programmability. In August, he published “The Little Bitcoin Book,” in which he describes in detail why Bitcoin matters in the world today.

We expect Song will continue his blockchain education pursuits throughout the year and continue curating the Bitcoin Tech Talk newsletter, where he aggregates relevant news and updates in the Bitcoin community.