Co-founder and CEO of The Tie 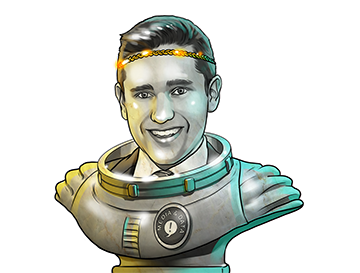 “Whether you are an institution looking for uncorrelated returns, a foreign worker looking to remit capital, or a degen trader looking to go 10,000x on some garbage token, crypto is ready for you.”

Joshua Frank is the co-founder and CEO of The Tie, a crypto-focused data company that analyzes social media and news sources to create sentiment analysis.

Prior to co-founding The Tie, Frank worked at SS&C Technologies where he helped develop solutions for custodians, brokers and asset managers. As he became more interested in the digital asset space, Frank continued to run into what he described as “a lack of trusted and transparent data and technology” and decided to leave his role at SS&C to build The Tie full time in March 2018.

Over the course of 2020, The Tie quadrupled its staff count and moved quietly into profit, building a strong tech backbone that has enabled the company to partner with dozens of high-profile firms in the crypto space.

Frank and his team have also contributed heavily to eToro’s quarterly crypto report, using social media data to illustrate the occasionally stark difference between hype and trading activity on a variety of cryptocurrencies, with Frank stating that “I believe that out of Bitcoin’s rise, another alt season will bloom on the back of retail investor FOMO and the never-ending chase for Lambos and 100x returns."

The Tie was also featured in the 2020 Blockchain 50 created by CB Insights and Blockdata, with Frank noting that “The TIE is the only self-funded company to have made the list outside of DCG and Gemini.”

Frank’s stated goal is to grow The Tie to 40-plus employees over the next 12 months, while he also intends to redesign the SigDev product and grow the number of sources included in its digest to over 6,000 in a variety of languages.

Frank and The Tie are also currently working with a major crypto media partner to deliver a sentiment- and news-focused dashboard for traders, using a topographic map of trading conditions to compare current conditions to similar snapshots in time.

But you’ll hear more about that soon enough. A lot more.