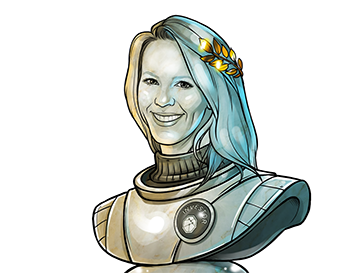 “It’s a real commitment. You need to have a dedicated focus on crypto in order to do this because there’s so much change and so many opportunities.”

A former federal prosecutor with the United States Department of Justice, Kathryn Haun investigated Mt. Gox and was involved in taking down the Silk Road contraband marketplace while working for the attorney general’s office. She later transitioned to crypto investing, taking a leadership position for Andreessen Horowitz’s crypto fund, becoming the first female general partner at the company.

The year started with Andreessen Horowitz predicting that Bitcoin would likely be central to the monetization mechanisms by the new decade’s end. And in late spring, the company released a report on the analysis of three cycles of crypto peaking in 2010, 2013 and 2017, predicting a favorable, bullish future for crypto investors. Another statement highlighted that the COVID-19 pandemic would trigger faster crypto and blockchain adoption. Also in the spring, Andreessen Horowitz raised $515 million for its second crypto-focused fund, surpassing its initial goal by $65 million.

Haun personally stated that humanity’s future would be digital and bank-free. In order to decentralize cloud services, Andreessen Horowitz helped to back Dfinity’s Internet Computer, which aims to achieve this goal. And later in the fall, Andreessen Horowitz announced the appointment of the former chief regulatory officer of the New York Stock Exchange to work on cryptocurrency regulation matters.

As the digital-asset growth in emerging market economies will continue, Cointelegraph expects that Haun will play her part in investing in these regions. And with the ongoing rise of decentralized finance protocols, it is unlikely that Andreessen Horowitz would avoid providing venture capital backing for such projects. As 2020 showed, traditional and blockchain-focused venture capital investors, such as Andreessen Horowitz, will continue to invest millions of dollars to upgrade crypto infrastructure. Some important developments within the educational sphere are also expected, with the “Crypto Startup School” led by Andreessen Horowitz, to be a crucial part of it.