Co-founder and CEO of Rally 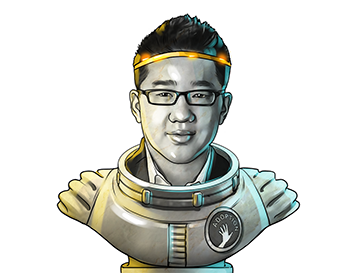 “There are many great value services that have been created, but we’re also seeing the drawbacks to that today with the lack of privacy, lack of control of your own data, and lack of control over the economics because it’s primarily advertising-based.”

Kevin Chou got his start in e-sports gaming as the founder and CEO of Kabam, which was eventually sold for $1 billion. His journey into the crypto space began in 2018 when he co-founded blockchain ecosystem Rally and served as its CEO for two years. The firm allows content creators, developers and others to take control of their own digital economies.

Chou later founded Forte, a game-centric blockchain platform, where he currently serves as chairman in addition to his position at Rally.

The Rally founder believes that Bitcoin has done “a great job of pioneering” the discussion around decentralization by making people and businesses aware that it is feasible. However, he has acknowledged the role the decentralized finance boom has played in establishing a path away from centralized projects.

2020 saw Chou speak at the Unitize virtual blockchain conference in July. He said at the time that the Web 3.0 era will likely drive decentralized business models.

Rally likewise grew with the launch of its “Creator Coin,” a cryptocurrency for influencers, as well as its Taki video platform for fans to interact with celebrities.

Chou has told blockchain news outlets that he expects crypto to take off in the coming year with the launch of more social tokens. The Rally executive believes content creators could help drive adoption in the space, should they consider becoming more independent from centralized platforms. Rally’s and Forte’s powerful use cases could launch Chou further into the spotlight in 2021 as decentralized gaming and content creation continue to grow.