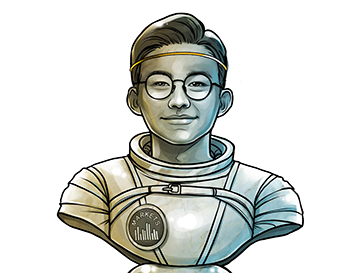 “ETH is undervalued in terms of institutional buying. Institutional investors will eventually consider ETH for their portfolio next to Bitcoin. [...] They will buy more ETH.”

Ki Young Ju, CEO of South Korean on-chain analytics resource CryptoQuant, is a relative newcomer to the cryptocurrency markets scene. Before starting CryptoQuant in 2019, Ju was a software engineer. His background prior to that was in analysis of a different kind, focusing on business. Ju began to increasingly hone in on the cryptocurrency sphere, with CryptoQuant aiming to provide indicators and tools for professional analysts and traders of Bitcoin, Ether and stablecoins.

Like many in the Bitcoin analytics sphere, Ju had an action-packed 2020. With Bitcoin diving to price lows of $3,600 in March, only to finish December at near $30,000, the appetite for explanations and insights into Bitcoin price behavior was palpable. Ju presided over the scene as CryptoQuant charted trader habits and warned of incoming market ups and downs. Arguably among his most telling contributions was sounding the alarm, including to Cointelegraph, over exchange balances and miner selling when these signaled that a significant price move was on the way.

2021 will undoubtedly bring new opportunities as CryptoQuant continues to expand amid a surge of interest in cryptocurrency worldwide. Ju has said that the goal for 2021 is to enable traders to conduct evidence-based research thanks to input from professionals including data scientists, machine learning scientists and developers. On-chain analytics is becoming increasingly relevant to a wider trading audience given Bitcoin’s rapid entry into the mainstream.

He also said that 2021 will see exchange control of the Bitcoin supply continue decreasing as supply and demand creates a shortfall of coins. Just like last year, price action will respond in kind. “I expect this trend to continue in 2021, and due to the decrease in BTC supply, the price of BTC is reasonably expected to align with the trend,” he told Cointelegraph. Another milestone for Bitcoin, said Ju, will be Bitcoin taking 8% of gold’s market capitalization, which also implies a Bitcoin price of more than $100,000.