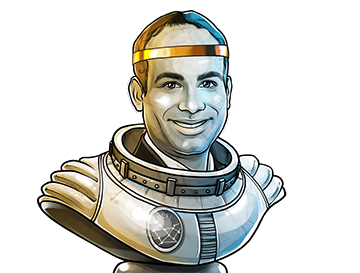 “You can’t expect two or three audits to find every single bug. People need to understand that. That’s what the bug bounties are for — when you have the code publicly audited, there are just so many more eyes.”

Kyle Kistner is the co-founder and public face of bZx, a decentralized finance lending and trading protocol. He holds a Master of Science in molecular biology from the Georgia Institute of Technology, a major university in his native state where his research tenure included vaccine development. Despite this unrelated background, Kistner discovered blockchain in 2011, and in August of 2017, he co-founded bZx with Tom Bean, its CEO and technical lead.

Kistner’s early journey as part of bZx involved a lot of development work and bootstrapping to build a DeFi project before the term “DeFi” became popular, in addition to frequent sponsorship of conferences and community happy hours.

Kistner’s year was even more troubled than for most of us. In February, bZx suffered two back-to-back exploits right as the team was on retreat at the ETHDenver conference. Kistner frequently had to quite literally run for his protocol’s safety, first by breaking into Bean’s gated community in the middle of the night and then by ditching an expensive lunch and running with his team in the snow to fix the second hack.

The team vowed to rebuild and refund losses, working on a new version of the protocol right as the “summer of DeFi” unfolded. But just as it relaunched, it suffered the largest hack of all in September, though the money was promptly returned by the hacker.

The bZx team has shown incredible resilience throughout the last year, and 2021 will hopefully mark a recovery period for the battered protocol. Kistner has no issues in pointing out the mistakes he and the team made in the past and has made significant strides in fixing them, especially as it pertains to security. But despite his valiant efforts, it may take more time to rebuild the community’s trust.

Looking ahead, the team offered a comprehensive roadmap for the year to improve the product’s look and utility. One of the more interesting plans is the work on Fulcrum Pro, a professional trading interface for decentralized finance.

Kistner’s redemption arc is still fragile, but the humbleness and grit shown by the bZx team are incredibly valuable traits in the DeFi arena.