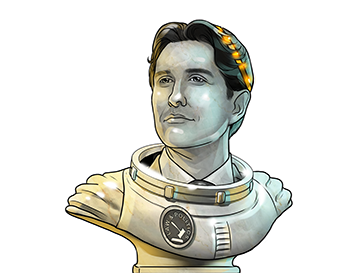 “A lot of regulators struggle to articulate crypto's core value propositions, though to be fair we in the industry are still trying to figure this all out. Crypto continues to evolve, and regulatory challenges will change with it. Additionally, it is important to me for there to be as much homogeneity across geographies as possible.”

Marco Santori is a strong contender for the title of “the crypto attorney.” He has focused on the industry since 2013, leading the Bitcoin Foundation’s regulatory affairs committee from its founding until the foundation’s end in 2019. Santori was instrumental in designing the Simple Agreement for Future Tokens, or SAFT, framework — an ingenious method of raising capital for centralized companies seeking to use that money to design decentralized tokens. The framework was the backbone of many of the biggest crypto offerings of 2017 and 2018. Santori is also a long-time adviser to the International Monetary Fund.

Following a series of high-profile appearances advocating for crypto while still at a major law firm, Santori moved on to an in-house position as wallet provider Blockchain.com’s general counsel.

In the spring, crypto exchange Kraken hired Santori from Blockchain.com to run the exchange’s legal department. One of Kraken’s first major moves with Santori at the helm of its regulatory apparatus was to become the first exchange to receive a bank charter in the United States, with Kraken Financial winning special purpose depository institution approval in the great state of Wyoming.

More recently, Santori has been part of Kraken’s public opposition to the proposal from the Treasury Department’s Financial Crimes Enforcement Network to expand reporting requirements for crypto transactions to self-hosted wallets.

It’s not typical practice for a legal team at a major firm like Kraken to announce its ongoing operations before they are sealed, so what Santori will get up to in 2021 is unclear. One major area to watch is the Office of the Comptroller of the Currency’s applications for national bank charters for non-depository institutions. The registration is similar to Wyoming’s, but federal. Kraken is one of the frontrunner applicants, though Anchorage won the race to be the first. That particular registration will be contingent upon new leadership at the OCC. Whether or not the new comptroller will be receptive to Kraken’s plight, Santori will continue to be a major voice in the future of crypto policy, as well as one of the most learned tweeters in all of crypto Twitter.