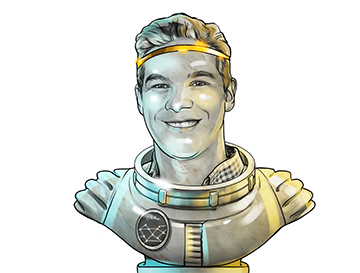 Together with his partner, Vance Spencer, Anderson co-founded Hashletes, a startup creating NFL trading cards using nonfungible tokens. The duo sold the company in July 2019 and immediately went on to create Framework Ventures.

Framework made several wildly successful investments shortly after its inception, notably Chainlink and Synthetix. Through its spin-off, Framework Labs, the fund focuses on actively supporting the networks it invests in and creating in-house projects — as part of the philosophy of “network capital.”

2020 was, in many ways, the breakout year for Framework Ventures and its co-founders. After its 2019 investments in Chainlink and Synthetix, the fund continued its streak and backed successful projects including Aave, Zapper, dHEDGE, Yearn.finance, The Graph and many others.

Under Anderson and Spencer’s guidance, Framework Ventures became one of the major trendsetters and participants in DeFi. Anderson maintains a keen view of the space, having anticipated important trends of 2020 including yield farming and the continuing dominance of Ethereum in DeFi.

Anderson’s portfolio companies are poised to take DeFi mainstream and break the barrier with the real world — just as he envisions. Anderson is among the few personalities in DeFi who frequently talk about its real-world utility, and this vision is clearly seen in Framework’s support for infrastructure projects such as Chainlink, The Graph and Synthetix — the latter being a pioneer of scalability technology. Whether the fruits of this labor will be seen in 2021 is an open question, but Anderson and his venture fund will certainly be supporting the space in the quest.