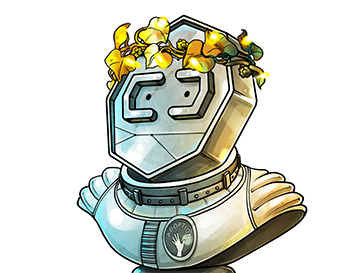 “We feel this is a beautiful and wonderful community, and there is not a lot we would change. As new money enters this space, we will be tested, and I hope everyone can remain true to what attracted them here in the first place.”

The Museum of Crypto Art, or MoCA, is a virtual art gallery founded by longtime friends and investors Pablo Rodriguez-Fraile and Colborn Bell and designed by Desiree Casoni. It was launched in April 2020 within Somnium Space, a virtual space built on the Ethereum blockchain. MoCA displays a large collection of tokenized art that the museum’s collectors have purchased as nonfungible tokens.

Before founding the museum, Rodriguez-Fraile and Bell were crypto and blockchain investors, becoming involved with Ethereum early on, as well as projects such as Algorand and Hashgraph. They first were exposed to NFTs through CryptoKitties but understood their true potential when they realized virtual land and crypto art could be connected.

MoCA opened in April and soon emerged as one of the leading institutions in the growing world of NFT art, quickly building up its collection and hosting its first exhibition toward the end of the month. Throughout the year, the museum acquired and displayed numerous works of art, hosted several gallery exhibitions, and held interviews and fireside chats with various artists.

In August, MOCA made history for what was at the time the largest-ever purchase on NFT art marketplace Nifty Gateway, acquiring “Picasso’s Bull” by artist Trevor Jones for $55,555.55 worth of Ether — a sale that Nifty Gateway described as an important milestone in the art world that validated NFTs as a new medium of art. In December, the museum broke another record, this time for the highest-ever secondary sale on SuperRare, valued at $24,632.

Crypto art exploded in popularity, acceptance and financial success in 2020, and Cointelegraph expects the space to expand even further in 2021. With the NFT art scene still in its relative infancy, there is room for significant growth, and MoCA has established itself as one of the core institutions working to push the movement forward.

At the start of the new year, the museum announced that it could be visited using just a web browser, no longer requiring virtual reality technology, and Cointelegraph expects that this increased accessibility will help MoCA grow in popularity, especially among the less tech-savvy. In addition, MoCA will continue to be involved in some of the NFT art world’s biggest events, such as breaking more records and helping to launch the professional careers of ever more crypto artists.