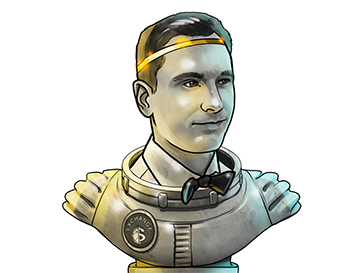 “Bitcoin is technology and financial elegance.”

Since childhood, Paolo Ardoino has been passionate about computers. He started coding at the age of eight and later enrolled in the University of Genoa’s computer science program, from which he graduated in 2008. While conducting research for a military project, Ardoino became deeply involved with cryptography and discovered distributed systems. In 2012, he read the Bitcoin white paper and was inspired by the idea that people could take care of their own wealth without banks or other intermediaries, and that the millions of unbanked and underbanked worldwide could have access to financial services.

The market cap of the U.S. dollar-pegged stablecoin Tether remained one of the hottest topics in 2020; it increased fivefold, surging from $4 billion to over $20 billion in a single year. Over the summer, the average daily transfer value for Tether surpassed that of Bitcoin and PayPal. Under Ardoino's technical leadership, the company also launched Tether Gold, a stablecoin backed by gold. While the company faced criticism of its reserve policies and for not burning its Ethereum-based tokens, Ardoino publicly defended the company’s decisions.

Meanwhile, 2020 was also a significant year for Bitfinex, which launched a number of new products — including a staking service, institution-grade custody services, an open-source peer-to-peer streaming protocol and a market surveillance tool — and it carried out efforts to improve liquidity, all under the technological supervision of Ardoino. The exchange also made headlines for processing one of the largest Bitcoin transactions ever.

Cointelegraph expects greater mass adoption of crypto to continue in 2021. With the COVID-19 pandemic continuing into the new year, global interest in alternative financial instruments such as crypto will most likely remain, and we expect Tether’s growing market cap to continue to surprise us. The numerous central bank digital currency projects developing all over the world aren’t likely to adversely affect stablecoins like Tether in 2021. And since decentralized finance is still fairly new, we expect Ardoino, as Bitfinex’s chief technology officer, to continue to help drive its adoption by adding support for various DeFi projects and tokens, and perhaps launching new services for clients.