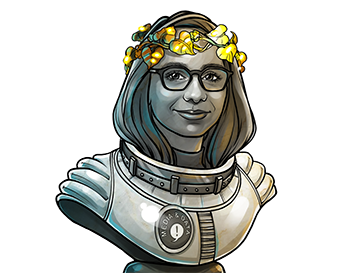 “It’s been pretty incredible to see widespread adoption of the emerging store of value narrative by institutional investors in 2020.”

Mrinalini “Ria” Bhutoria has an extensive background in digital finance. Before her current role as director of research at Fidelity Digital Assets, she was a senior analyst at Circle Research, a spin-off of digital payments giant Circle. Prior to that, Bhutoria worked as an equity research analyst at Credit Suisse. Her work has given her prominent status in the Bitcoin industry, as Fidelity was one of the first asset managers to embrace Bitcoin openly.

Bhutoria saw interest in Bitcoin and in understanding its innate qualities rise over the past year in tandem with price activity. In addition to regular social media posts about cryptocurrency, she contributed various research pieces to the media, including from the perspective of Fidelity specifically. She named Lyn Alden Schwartzer, an up-and-coming investment strategist in the crypto sphere who also appears in Cointelegraph’s Top 100 list, as her “favorite Bitcoin bull of 2020.”

Like many institutional Bitcoin participants, 2021 will bring interesting cases for Bhutoria to observe as cryptocurrency reenters the mainstream and battles regulators once again. The year has already seen positive news from the Office of the Comptroller of the Currency in the United States, while legal challenges over custody nonetheless remain. Institutional interest continues to go from strength to strength, with expertise from the likes of Fidelity firmly in demand. In terms of what the coming year has in store for markets at large, Bhutoria believes that landmark events will not be in short supply. “‘Watershed’ is going to take on a whole new meaning in 2021,” she predicted at the start of January.