Founder and CEO of Compound Labs 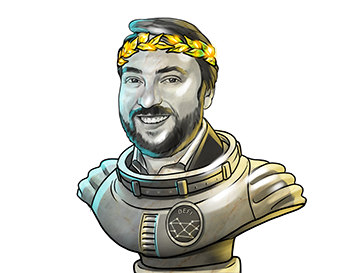 “The most valuable asset is time. [...] The best systems (#Bitcoin, Ethereum, #DeFi, ...) are designed to make trust obsolete.”

Robert Leshner is arguably most known for founding decentralized finance lending platform Compound back in 2017. A graduate of the University of Pennsylvania in economics, he is also the former chair of the San Francisco Revenue Bond Oversight Committee.

Earlier in his career, Leshner founded Safe Shepherd, a privacy-focused startup that provided customers with information about how their personal data was being used and what they could do about it. Prior to founding Compound, he worked for food delivery app Postmates, leading its merchant division.

Leshner was a major actor in the DeFi megatrend that took the crypto space by storm in 2020. Though the concept of liquidity mining rewards was pioneered by Synthetix, Leshner gave it a new meaning with Compound’s COMP distribution scheme, which sought to distribute governance rights to the users of the protocol. The space quickly picked up on the idea, which kickstarted an unprecedented wave of DeFi adoption and popularity.

Leshner’s Compound inspired the concept of DeFi lending protocols as seen today. Some such as Cream Finance, which launched in 2020, were direct forks of Compound’s codebase. Cream’s founder, Leo Cheng, recounted how his team wanted to offer Leshner and the Compound team some CREAM tokens as a sign of gratitude for building the technology they were using. Leshner refused to take them for free, offering instead to act as a security adviser to the protocol.

According to Cheng, Leshner gladly helps competitors if it means advancing the space as a whole. But he is also a vocal advocate of thorough security practices and has sometimes criticized projects for copying code without understanding what it does.

Toward the end of the year, Leshner announced Compound Chain, a largely centralized blockchain for cross-chain value transfer. Though the plan was met with criticism, he emphasized that it was a significant step toward the emergence of a single global liquidity network.

Leshner is an active investor in innovative ideas, putting his name behind Braintrust, a traditional startup adopting DeFi governance elements.

The COMP token distribution has allowed Leshner to take a more hands-off approach to the Compound project. As the community is now encouraged to set the course for the protocol, Leshner is beginning to diversify his involvement in DeFi through his investments and parallel projects.

The Compound Chain initiative is likely to take priority in the short-term, with more developments coming from that front in 2021. Beyond that, Leshner is actively expanding his investment portfolio, offering his guidance and support to other projects in the DeFi and crypto space.

Leshner’s apparent pivot is a welcome sight for the ecosystem. As one of the luminaries of DeFi, his experience as a builder and his sober approach to risk management will be invaluable for the crypto space.