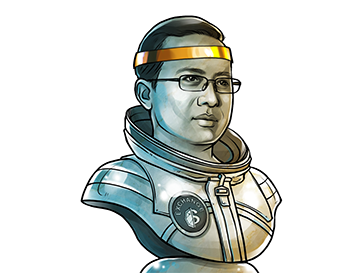 “The authorities have clarified the matter and proved me innocent.”

Mingxing Xu — or “Star” Xu, as he’s known in the industry — founded OKCoin back in 2013 in China. The business then developed into the OKCoin exchange, which subsequently became a separate legal entity, and the OK Group, which focuses on blockchain infrastructure. In 2017, a separate exchange based in Malta was founded by Xu called OKEx, which once again, was a separate legal entity. Xu is currently CEO of OK Group, although he founded it, he is reportedly not affiliated with OKEx.

What a difference a person’s presence — or rather, the lack of it — can make in the blockchain industry. Crypto investors and media outlets went bonkers when reports first surfaced that the founder of one of the biggest crypto exchanges may have gone missing due to a Chinese police investigation.

Things got even worse when it turned out that for various reasons — which were at times difficult to explain, even for OKEx — withdrawals had to be frozen. That did not go down well with the industry and all the derivatives traders on the platform. The large withdrawals from the exchange that happened at around the time of the first leaks only confused everyone further, and those reports almost certainly moved the market. In the end, however, some of the rumors were confirmed when Xu reemerged and reportedly said that there was indeed an inquiry but that no wrongdoing on his behalf was discovered.

When OKEx opened up its withdrawals over a month after they were suspended, it undoubtedly left many people questioning how viable the semi-online multisignature system used by the exchange is. If a holder goes missing, withdrawals stop. So, it seems the CEO of OK Group will have tough work ahead of him in order to restore trust in his company’s brand.