Co-founder and CEO of BitPay 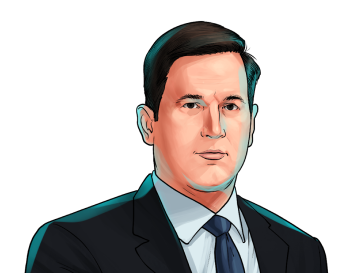 “Accepting or paying with stablecoins opens up new possibilities for global businesses that require the stability of the dollar but the security and efficiency of blockchain payments.“

Stephen Pair is the co-founder and CEO of BitPay, the world's largest processor of cryptocurrency payments. In 2011, Pair co-founded BitPay because he saw Bitcoin's potential to transform payments for businesses and consumers. As CEO, Pair is involved in directing the day-to-day operations as well as setting the long-term vision of BitPay, from research and engineering to product development and information technology.

Pair has 20 years of experience building software systems in the financial and telecommunications industries. Before founding BitPay, Pair held various roles including entrepreneur, architect, manager, team lead and developer. He started programming at a young age and spent much of his early career focused on programming languages, compilers, operating systems and virtual machines. Later, he developed an interest in the mechanics of financial markets, economics, and monetary systems as well as developments in cryptography. Pair has a bachelor's degree in computer science from the Georgia Institute of Technology and holds two patents in the field of streaming analytics.

As crypto assets becoming more widely used and accepted, merchant service providers like BitPay will be an option for businesses looking to accept cryptocurrencies, so 2020 could be a year of growth for the company. As more public blockchain networks emerge and mature throughout the year, we may see additional currencies added to BitPay's roster if the regulatory climate permits it.