Auctioneer of $1 billion in BTC seized from Silk Road 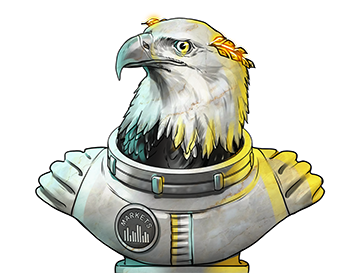 The United States Marshals Service is the oldest law enforcement agency in the U.S., having been operating since 1789. Originally consisting of 13 marshals, the service is well known to Bitcoin fans for its role in redistributing via auction BTC that has been seized from criminal activities. This includes Bitcoin taken from Silk Road, the dark web marketplace taken down in 2014 that continues to stir up a huge amount of controversy.

2020 saw a limited round of auctions from the U.S. Marshals Service on the back of larger sell-offs in previous years. They included 4,040 BTC in February, worth $37.7 million at the time but $155 million 11 months later. As with earlier auctions, the U.S. government has since attracted negative publicity over its decisions to sell so early, with the 2020 stash having appreciated over 200% by the end of the year. Tim Draper, the angel investor who purchased the Silk Road coins back in 2014, became a billionaire from his hoard of 31,656 BTC at the end of 2020 as Bitcoin rose to new all-time highs. In June, meanwhile, it emerged that the agency was looking for a contractor to handle future auctions.

The actions of the U.S. Marshals Service when it comes to Bitcoin in 2021 will likely be limited, given its decision to outsource its auction proceedings to a contractor. Confiscations of Bitcoin from illegal operations are similarly impossible to know in advance — but seem inevitable.

Most notably, the Department of Justice seized 69,370 bitcoins in November 2020, which may yet find its way to the market — a haul valued at $2.4 billion at the time of writing.