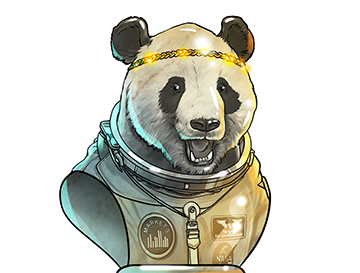 “Every #Bitcoin you sell now is being bought by a large institutional player that's desperately trying to accumulate as much as possible under $20K.”

A pseudonymous voice on Twitter boasting more than 240,000 followers, WhalePanda touts himself as an “angel investor” and “crypto OG.” WhalePanda, and the cartoon panda representing him, has become a well-respected voice in the crypto space, which hosts a number of pseudonymous personalities with large social media followings. WhalePanda often tweets about Bitcoin and crypto adoption and was notably against the proposed Bitcoin SegWit2x fork of 2017.

In a 2018 interview with Naomi Brockwell, WhalePanda was revealed to be a man named Stefan Jespers. He entered Bitcoin back in 2013 and has considerable experience in the world of marketing.

WhalePanda is also a co-host of the Magical Crypto Friends YouTube channel, along with Charlie Lee, Riccardo Spagni and Samson Mow.

WhalePanda weighed in on countless topics over the course of 2020, including asset prices and relevant news events. One Twitter thread, in particular, included a host of talking points for the public in light of the current crypto-asset bull market. In the thread, pulling from his lengthy experience and time in the space, WhalePanda gave the public words of wisdom on numerous pertinent aspects, such as paid groups, leverage trading and scams.

While WhalePanda is generally focused on and most supportive of Bitcoin, he did send out a series of tweets and retweets about INX, a regulated security token. Based on the tweets, WhalePanda appeared to be in favor of the asset.

On Jan. 2, WhalePanda posted a few predictions for 2021 on Twitter. “By the end of this year we'll have 6 digit #Bitcoin,” he said, adding:

“$BCH will no longer be in the top 10. Neither will $XRP. At least 1 more coin out of the top 10 will see some heat from SEC (not USDT). $LTC will break its ATH (vs USD). Stablecoins will be 10% of the total crypto marketcap.”

WhalePanda also accurately predicted four out of the top five assets by market capitalization. He predicted the top five as Bitcoin, Ether, Tezos’ XTZ, XRP and Litecoin. The only difference by the end of 2020 was seeing Tether instead of XTZ in the third position.