Founder and CEO of eToro 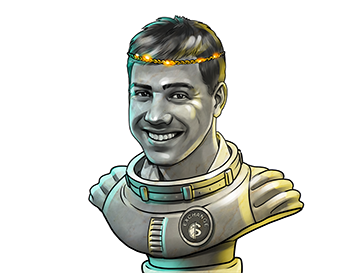 “When I encountered Bitcoin for the first time… that was, for me, an a-ha moment. ‘Wow, this is the money of the internet.’ It’s decentralized, unregulated, not controlled by any single entity or government and it can’t be stopped.”

Yoni Assia has always been interested in computers, and by the age of 10, he was already working in a computer store. He learned to code in his teen years and would develop programs to support his parents’ businesses, before serving as a programmer for the Israeli Defence Forces. He first got into trading during the dot-com bubble, and after working for a tech company following his military service, Assia co-founded eToro with his brother in 2007 as a way to simplify digital trading and make it more accessible.

Assia bought his first Bitcoin in 2010 and was immediately impressed by the technology. The financial crisis sparked in 2008 led him to determine that the existing financial system was broken and that the transparent nature of crypto could serve as a solution.

Assia kicked off 2020 with a January announcement that eToro would seek to further mass adoption by offering a portfolio in which users can invest in a basket of top cryptocurrencies. In the summer, the company revealed that it would be launching physical debit cards for United Kingdom-based customers. And by the fall, with staking an increasingly common feature for blockchains, eToro launched a staking-as-a-service feature for clients holding Cardano’s ADA and Tron’s TRX tokens.

In September, eToro officially launched a nonprofit universal basic income initiative known as GoodDollar — a project that was first started by Assia years prior as a research blog, “The Good Dollar.” The initiative uses the income from yield-generating decentralized finance protocols to mint G$ tokens, which are distributed as income to participants. In December, Cointelegraph named GoodDollar one of the entities that contributed the most to real-world adoption in 2020.

Driven by a mission of increasing the user-friendliness of crypto trading, Cointelegraph expects Assia to have a busy 2021 as the head of eToro, which is rumored to be considering an IPO this year. As retail interest in crypto grows, the trading platform will see a continued increase in its number of active users who are interested in cryptocurrencies. As such, Cointelegraph expects it to continue to roll out new, competitive features in an attempt to capture the attention of both crypto newbies and experienced hodlers alike.

Perhaps Assia’s most ambitious project of 2021, however, is GoodDollar. With UBI on the minds of many as the COVID-19 pandemic continues into the new year, GoodDollar will play a key role in spearheading the social movement and showing the public the pivotal role that blockchain technology can play in carrying out such an ambitious project.