What is Bitcoin Cash and how does it work? A beginner's guide 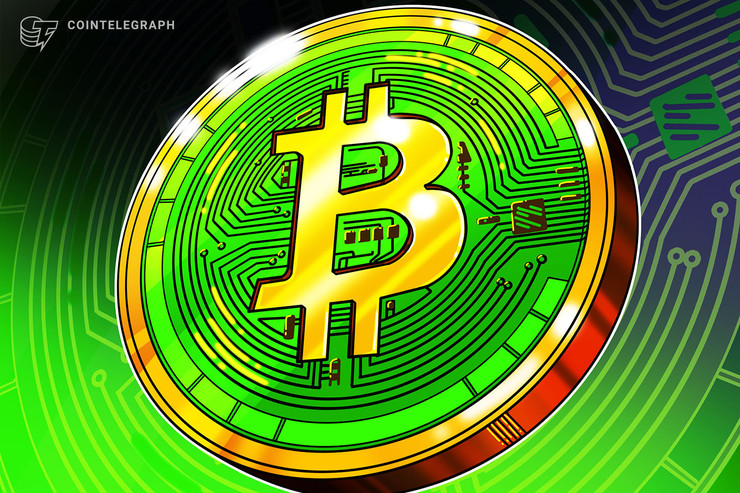 Bitcoin Cash (BCH) is a proof-of-work blockchain network and cryptocurrency that’s faster and cheaper to use than Bitcoin (BTC). The asset was created via a hard fork of the Bitcoin blockchain network and has since developed its own community. Like its predecessor, Bitcoin Cash is accepted at certain merchants, can be bought on PayPal and represents another way to transact value.

BCH was meant to solve many of Bitcoin’s long-standing issues — but such a solution caused a rift in the crypto community. While the two can easily coexist, many argue over which will be the asset of the future.

The history of Bitcoin Cash

The first Bitcoin block, the genesis block, was officially mined on Jan. 3, 2009. Since then, the asset has exploded in popular culture. However, Bitcoin — the world’s first cryptocurrency — still suffers from scalability issues and long transaction times. This is where Bitcoin Cash comes into play.

The idea of Bitcoin Cash came to be in 2017 as a solution to Bitcoin’s transaction speed issues. It’s a hard fork of the Bitcoin blockchain, meaning the network “split” in two at a certain block — in this case, block 478,558. That block holds a fundamental protocol change that invalidates all previous blocks, requiring nodes to “upgrade” to the new chain to continue using it.

It’s essentially an enormous software update through which the previous network goes on in a direction separate from the new one. In this case, that previous network is Bitcoin, while the Bitcoin Cash fork forged its own future.

The fork was decided on by various miners and developers within the Bitcoin network who were hoping to get rid of its limitations. After all, many assume Bitcoin is meant to be used for digital transactions as opposed to as a store of value. How can Bitcoin appeal to the mainstream if said transactions take minutes or even hours at a time? And that’s not to mention high transaction fees.

However, those who stood against the hard fork did so for several reasons. For example, Bitcoin Cash has larger blocks, which entails a more complex mining process that could ruin miners without much computer power. In a way, this can centralize the platform among the most prominent miners — those who can afford the most power, like corporations.

Then there’s the process of forking. Those who held Bitcoin at the time of the fork also received the same amount of Bitcoin Cash. This is a common occurrence with hard forks, but it was an act that some claim was a “get-rich-quick” scheme.

Fighting back against that claim is BCH proponent Roger Ver. An early Bitcoin investor, Ver is a fan of cryptocurrencies, among other futuristic concepts. In 2011, his company MemoryDealers.com became one of the first websites to accept Bitcoin as a form of payment, and he has since organized meetups and conferences around the technology.

Ver has also invested millions into various crypto projects and is a huge advocate of Bitcoin Cash and its upgrades to Bitcoin’s technology. He claims that it’s more “usable” than Bitcoin due to the increased transaction size. Ver is also referred to as “Bitcoin Jesus” by many crypto enthusiasts.

Bitcoin SV, also known as Bitcoin Satoshi Vision, boasts of other differences. The moniker “Satoshi Vision” is a callback to the original Bitcoin white paper, which didn’t call for second-layer, off-chain solutions like the Lightning Network. Bitcoin SV’s focus is on ensuring stability by providing even bigger block sizes than Bitcoin Cash, proposing a significant jump to 128 megabytes. However, it was eventually decided that there shouldn’t be a cap until billions of transactions are made. At that point, the community can see what strains the network and what doesn’t, potentially voting on an eventual cap on block size.

Leading the BSV push is Australian scientist Craig Wright, who also claims to be the pseudonymous Satoshi Nakamoto who founded Bitcoin. While some in the cryptocurrency community have questioned its value, the Bitcoin Cash network has achieved several notable milestones. For example, it has hit over 9,000 transactions per second and even fit an alleged 16.4 million transactions in one block in early 2021 on the platform’s scaling testnet.

How does Bitcoin Cash work?

However, BCH operates faster and has lower transaction fees than its predecessor, thanks to the larger block size. It’s much better suited for smaller transactions, such as buying a cup of coffee with cryptocurrency.

Otherwise, Bitcoin Cash supports smart contracts and apps such as CashShuffle and CashFusion.

BCH holders using certain wallets can enjoy CashShuffle — a coin mixing protocol that shuffles your Bitcoin Cash with other holders before a transaction. As a result, your transactions are private and much harder to trace, considering Bitcoin Cash is a public ledger.

However, coin mixing isn’t always reliable. To start, it requires users to trust a third-party service, which is somewhat ironic considering crypto is meant to be autonomous or pseudonymous. Mixing can cost a fee, which isn’t ideal for those who transact often. Multiple jurisdictions have targeted cryptocurrency mixers, claiming that the funds entering such platforms are usually obtained through illegal activities.

CashFusion, rather than mixing transactions with others, places your BCH in a single large transaction full of other CashFusion users. It then sends that BCH back to your wallet — except your transaction has been mixed up and combined with so many other transactions that (ideally) no one can trace a path to your holdings.

These are two prevalent applications within the Bitcoin Cash ecosystem, though they’re just the tip of the iceberg. BCH has inspired dozens of protocols and other projects to expand the technology and make it more accessible to all.

What is Bitcoin vs. Bitcoin Cash?

So, what’s the difference between Bitcoin and Bitcoin Cash? Bitcoin Cash can support 25,000 transactions per block compared with Bitcoin’s 1,000 to 1,500 per block. That increase in block size, from 1MB to 8MB, was enough to create a following. This has resulted in BCH being a top 20 cryptocurrency and one of the most popular Bitcoin forks out there. Since then, Bitcoin Cash has expanded to a block size of 32MB.

It’s important to note that Bitcoin was working on its own solution to these problems at the time of the fork. Segregated Witness, or SegWit, was an upcoming upgrade at the time of Bitcoin Cash’s inception, intending to switch transactions to off-chain solutions in the hopes of speeding up transaction processing. This solution was unsatisfactory to many, hence why the Bitcoin Cash hard fork took place.

BCH launched at around $240 per coin and has since risen considerably higher. Its price hasn’t reached anywhere near Bitcoin’s peaks, but considering that BCH is meant to be a form of payment, that lack of overall value may work in its favor. The higher price of Bitcoin, however, lends it to function more as a store of value.

It’s worth noting that bigger block sizes and faster validation tend to cater more toward businesses. A restaurant can easily manage smaller-priced transactions on Bitcoin Cash, which is something that Bitcoin struggles with to this day. This solution also lends itself to tipping creators online or making donations. These smaller use cases make it easy to see why some prefer Bitcoin Cash over the world’s first cryptocurrency, Bitcoin.

That said, Bitcoin Cash isn’t perfect. For one, the name can be quite confusing to new investors, a factor that probably should have been considered during the hard fork. To new users, Bitcoin Cash can look like a project that is copying Bitcoin. It can be confusing to some who don’t yet know what the differences are between Bitcoin and Bitcoin Cash.

Also, BCH is much cheaper than Bitcoin, and it isn’t as prominent when it comes to its overall cryptocurrency market dominance, which may provide less incentive to mine on its network. Otherwise, the asset simply doesn’t have as many trading pairs as Bitcoin, as BTC can be used across all exchanges and as a trading pair for hundreds, if not thousands, of cryptocurrencies. BCH is used more as a way to replace cash and, as such, serves a different use.

One might ask: Does the price of BCH depend on Bitcoin? While the two aren’t directly tied together, if Bitcoin’s price is going up, BCH will generally follow. This is for a few reasons: Big spenders may want to diversify their portfolio as the market increases, and as one of the top cryptocurrencies, Bitcoin Cash is a natural choice.

How to buy and use Bitcoin Cash

Many popular exchanges list BCH as an asset you can buy, sell and trade. Generally, signing up for an exchange is fairly easy, though doing so anonymously might not be an option, as most major exchanges require Know Your Customer and Anti-Money Laundering verification in the form of a photo ID, and in some cases, address and income verification.

Otherwise, the asset is available at certain cryptocurrency ATMs. If you opt to go this route, you’ll want to look for some in your local area. And depending on your country of residence, PayPal also supports Bitcoin Cash.

What is Bitcoin Cash used for? First off, using BCH is simple. If you have it, all you need to do is use a wallet address to send the assets to a wallet. The recipient could be another person or a merchant.

Various merchants around the world accept Bitcoin Cash, among other cryptocurrencies, for payment. There are also websites for travel, goods and services, e-commerce, and more than may accept the asset.

But unfortunately for BCH holders and proponents, the asset is simply not as popular as Bitcoin. You’re much more likely to find merchants that accept Bitcoin rather than Bitcoin Cash.

The future of Bitcoin Cash

When it comes to the future of cryptocurrencies, Bitcoin Cash is certainly finding its own space in the market. While Bitcoin has the mindshare, much of that interest will certainly carry over to BCH as more merchants accept the asset. After all, there’s no denying that BCH is a much faster, cheaper network.

However, Bitcoin Cash is competing against similar projects, chief of which is Litecoin (LTC) — which is often right next to the asset in terms of market cap. That said, the characteristics of Litecoin vary from those of Bitcoin Cash, and it brings its own set of pros and cons. It’s really about which platform fills the needs of a particular user, and which platform brings forth the features that will be desired more by the general public.