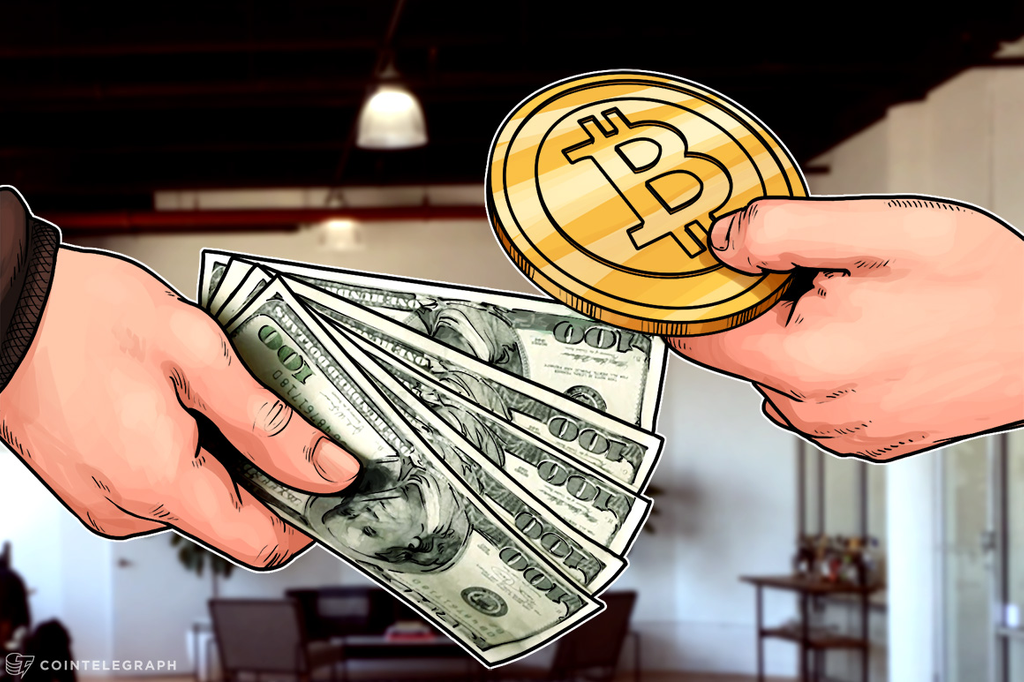 What are the peer-to-peer cryptocurrency exchanges?

How did P2P exchanges evolve?

How are trades performed on P2P exchanges?

What are the advantages of P2P exchanges?

What are their downsides?

If there is no authority in charge, how is fraud prevented?

What are the peer-to-peer cryptocurrency exchanges?

&lsquo;Peer-to-peer&rsquo; (P2P) or &lsquo;decentralized&rsquo; exchanges are operated and maintained exclusively by software.

P2P exchanges allow the participants of the market to trade directly with each other without any trusted third party to process all trades.

&lsquo;Regular&rsquo; cryptocurrency exchanges are companies, which serve as intermediaries between their customers and make a profit by collecting fees. Conversely, the interactions between counterparties on peer-to-peer exchanges are directed exclusively by pre-programmed software, with no requirement for human middlemen.

This alternative approach has a number of comparative advantages, as well as downsides. Overall, the peer-to-peer cryptocurrency exchanges are vivid examples of the decentralization philosophy.

How did P2P exchanges evolve?

Peer-to-peer exchanges were a natural development of the concept, aimed at eliminating some of regular Bitcoin exchanges&rsquo; limitations.

For the most part of Bitcoin&rsquo;s existence, online exchanges served as the primary gateways into the cryptocurrency world. Seeing how a very small number of shops, both online and physical, accept cryptocurrencies as payment, there is a natural need for users to have some sort of interface between the economies of the real world and the Bitcoin.

Online exchanges such as Bitstamp, BTC China, Kraken, and others, have been fulfilling that need as the most popular place for trading Bitcoin and other cryptocurrencies for fiat money and vice versa.

The downside is that, unlike Bitcoin itself, these exchanges are run by companies. This means that they have staff, they oversee and manage all the interactions between their users, they serve as arbitrators in cases of disputes, and they collect fees for doing all that.

Seeing how that produces a whole number of disadvantages, some members of the Bitcoin community have set out to disrupt the market by producing a new solution - decentralized peer-to-peer exchanges, that are run not by people, but by software.

How are trades performed on P2P exchanges?

The exchange software is used to automatically connect buyers and sellers with each other, based on the terms they prefer.&nbsp;

First, let&rsquo;s sum up how a &lsquo;regular&rsquo; cryptocurrency exchange works. People looking to sell Bitcoins specify the amount and the price they&rsquo;d like to sell them at. All those requests, known as &lsquo;orders&rsquo;, are placed in a common ledger, called the &lsquo;order book.&rsquo;

When another person wants to buy Bitcoins, they either look for a satisfactory offer in the order book or, if none can be found, create their own &lsquo;buy order&rsquo;, specifying the terms of the deal as they like. Whenever possible, the exchange matches buy and sell orders by price and processes the trades.

Now, Bitcoin transactions can take a long time - from five to 10 minutes at the least, and up to several hours. Fiat money transfers usually take even longer; in some cases, international payments may take several days to complete. In order to speed up the process of trading, the exchange serves as a trusted intermediary: it settles all trades immediately, even though the actual transactions might have not yet been finished.

In order to remove the need for a third party, P2P exchanges operate in a different way.

Instead of matching orders in the order book, they match the people behind those orders. That is, whenever a matching buy and sell orders are found, the exchange software does not immediately process the trade, but instead, it connects the buyer with the seller, allowing them to conduct the deal without any intermediaries.

Still, third parties may be involved as arbitrators in case of possible disputes, but no human involvement from the exchange is required by default.

Here, just like with Bitcoin itself, the software alone is perfectly capable of matching traders with each other in a decentralized manner.

What are the advantages of P2P exchanges?

P2P exchanges offer high resistance to transaction censorship, are cheap to use, private and secure; at least when realized properly.

All advantages of decentralized cryptocurrency exchanges arise from not having a single company in charge of things. A single point of authority offers some advantages - primarily, the faster trades. However, it also works as the single point of failure, meaning that every bit of damage to it affects the entire system.

So here are the advantages of the P2P exchanges, achieved by removing that single point of failure.

Transaction censorship resistance. Regular cryptocurrency exchanges are run by people - they are vulnerable, and may be exploited by governments by imposing regulatory restrictions. Case in point: the recent intervention by the People&rsquo;s Bank of China, which lead to two of the largest exchanges in China freezing all Bitcoin withdrawals for a month. As a user, you wouldn&rsquo;t want that to happen to your funds.

On the other hand, P2P exchanges are practically invulnerable to government interference, because they don&rsquo;t have any central point of authority which could be coerced. Even if some parts are forced to cease their operations, the rest of the system remains unaffected. This advantage is exactly what has caused a sharp increase in the user base of LocalBitcoins, one of the top P2P exchanges, following the aforementioned PBoC&rsquo;s actions.

Cheap operations. Again, regular exchanges are operated by people, who have to be paid for their work. P2P exchanges are run by software, so there&rsquo;s little to no corporate overhead, and, by extension, very small fees for the users, if any.

Privacy. Over the recent years, governments around the globe have been successfully enforcing AML and KYC regulations on cryptocurrency exchanges. This oversight forces the companies running those exchanges to collect as much info on their users as possible: names, places of residence, ID numbers and more.

It goes without saying that government cannot impose those regulations on P2P exchanges, which means that trades can be conducted in a much more private manner there.

Security. P2P exchanges do not hold Bitcoins for their users - instead, they connect traders, allowing them to conduct deals directly. Not having to entrust your coins to a third party makes the process much safer. If nobody holds your funds but you, then nobody can steal or lose them - intentionally, or accidentally.

What are their downsides?

P2P exchanges aren&rsquo;t better than the regular ones in every regard - longer trade times, less intuitive use cases and lower liquidity are some of their comparative disadvantages.

Most flaws of decentralized exchanges are caused simply by the fact that they are a relatively new kind of service. For example, Bitsquare, arguably one of the oldest of such exchanges, has been around for just three years and most of that was the development period.

As such, these exchanges have to deal with a number of problems. For example, most of them are currently aimed at small, specific audiences of crypto enthusiasts and haven&rsquo;t had the need to cater to newcomers - because of that, they tend to be less intuitive to use.

For the same reasons - small audience and early stage of existence, decentralized exchanges usually have much lower trading volumes than the regular ones.

Longer trade times, on the other hand, are likely a disadvantage that will take a while to fix, if ever. They are caused by the manner in which the trades are conducted - with traders having to wait for actual Bitcoin and fiat transactions to complete before a trade is concluded.

This last issue, coupled with the lower liquidity, means that P2P exchanges are not at all in demand with, for example, professional traders, who need fast transactions to make timely deals. In their current state, these exchanges can only be useful to people interested in the specific advantages they offer - the increased resilience, privacy, security and freedom of payments.

If there is no authority in charge, how is fraud prevented?

Typically, they are a reputation-based system of community arbitrators, obligatory deposits for the duration of a trade or face-to-face meetings between traders.

The way trades are conducted on P2P exchanges leaves the users vulnerable to fraud. Bitcoin payments are final and cannot be refunded, and, conversely, fiat money transfers are often refundable. Because of that, a buyer may send their fiat payment, receive the Bitcoins, and then request a refund from their bank, or whatever other financial organization they are using, and leave the seller with nothing.

In order to prevent such instances, P2P exchanges introduce all kinds of security features. For example, Coinffeine has a system of obligatory deposits: before a trade begins, both counterparties have to deposit a certain amount of Bitcoins. If all goes well and the trade completes uncontested, those deposits return back to the users.

If a dispute does take place, an arbitrator appointed by the community hears both sides and resolves it. The deposits are then used to compensate the victim of the fraud and the arbitrator&rsquo;s services. A reputation system for arbitrators is also in place to ensure that they do not abuse their powers.

LocalBitcoins has chosen another approach: it allows the users to meet in person to conduct their trades. This way they can ensure the deal is fully completed before parting ways. Obviously, this limits trade opportunities to the specific location a trader resides in. Hence, the name of the service, LocalBitcoins, but for some, it is a justified tradeoff for increased security.