10 Reasons Why Bitcoin is Better than PayPal

We decided to give readers a rundown of why we at Cointelegraph are all about crypto for sending and receiving payments – any payments.

It is no secret to Bitcoin users that digital currency makes PayPal’s model of online transaction look somewhat archaic by comparison. While the method was the darling of the online community in years gone by, the rapid advance of Bitcoin in particular has caused PayPal to come increasingly under the spotlight recently.

There is even an online platform for users to share their horror stories and experiences when using PayPal: www.paypalsucks.com/

Stories of high fees, delayed payments and frozen accounts are also now abound in forums and news resources, while Ebay’s (PayPal) CEO, John Donahoe, even stated that Paypal will have to integrate digital currencies in their wallet sometime in the near future. But while the company considers how to move forward, the world of digital currencies is quickly gaining a foothold and gaining momentum.

Digital currency transactions themselves are not entirely foolproof as several high-profile cases in the past year have shown, but how do they really stack up with PayPal’s offering?

We decided to give readers a rundown of why we at Cointelegraph are all about crypto for sending and receiving payments – any payments.

This is usually the first advantage of cryptocurrencies that you hear from Bitcoin enthusiasts and experts. And this is certainly true as PayPal has been notorious for imposing hefty transaction fees on users of about 3%.

For example, one reddit user Carbone_ posted a screenshot of the fees incurred when selling 60 items on Ebay for €1 a piece. Of the €60.50 amount worth of payments received PayPal’s cut was €17.59.

You can also think of Bitcoin like an app on the Bitcoin network. This means that the protocol, add-ons, and supporting infrastructure can always be further developed and improved to suit the needs of consumers and all users.

PayPal was not constructed with this in mind and has a considerably narrower potential field of operation. In other words, while PayPal can certainly afford to pay its own team of talented programmers, it still will not be able to innovate at the same rate as a decentralized network of developers spread across the entire world.

This will become even more apparent with time as the network matures and increases in value exponentially due to Metcalfe’s law or the network effect, with the Internet being a prime example.

With PayPal, users are locked into the fiat currency paradigm such as the US dollar, which will continue to lose value over time. But anybody from Argentina will tell you what capital controls can do to an economy and how a lack of viable currency options could hijack the economy leaving citizens scrambling to find any other store of value. 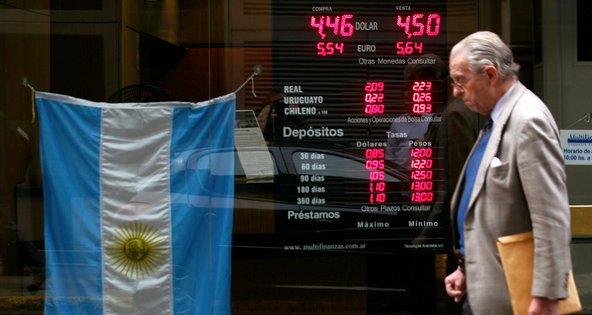 Fortunately, Bitcoin does not care what you think about Bitcoin and does not force anyone to use it. In fact, if you have a Bitcoin bias, every one is free to choose their coin of preference such as Litecoin, Dogecoin, etc. Don't like any digital coin? Then create one yourself - the possibilities are endless.

Why is this important? Well, let’s say you are in Egypt in the midst of a revolution and the government just imposed controls on all capital exchanges so you are stuck with the worthless Egyptian pound because you have no other alternative and, as a result, economic activity comes to a halt in your community.

Bitcoin, on the other hand, is resilient to outside influences, upheavals, recessions etc. And cryptocurrencies in general offer greater variety when it comes to selecting currency that will most benefit you.

So both a repressive regime or PayPal can seize or freeze your account for ‘security purposes’ – this is not the case with Bitcoin as an individual is now able to store and control their own money. Moreover, users also have greater storage options such as a paper wallet or cold storage to limit exposure to centralized risk.

PayPal is not available in every country with notable exceptions being Iran, Afghanistan, North Korea, and Haiti.

Bitcoin on the other hand is the first true transnational currency because it is border-agnostic like the Internet. In other words, it can be controlled to an extent on a very local level but cannot be shut down globally unless electricity is shut off everywhere in the world.

Unlike PayPal, Bitcoin can offer citizens living under oppressive regime a way out. People using this borderless currency can circumvent state supported financial monopolies and establish their own local economies.

With Bitcoin, it doesn’t matter whether you send 1 cent or 1 billion’s worth, the transactions fee is the same (approx. US$0.005). And since it’s actually your money, it is only logical that you should decide on the amount you want to send.

“If you don't have a PayPal account (for instance, you made a purchase on eBay as a Guest): You can send a one-time payment of up to $4,000.

Transaction Limit for PayPal account holders
You can send up to $10,000 in any one transaction. (This amount can vary depending on your currency.)”

It should be mentioned, however, that Paypal does offer a "send to friends and family" option for its clients where they waive their fee. Although this feature does enable cheaper transactions, the downside is that it’s only available for US-based individuals and excludes businesses and merchants.

The decentralized nature of Bitcoin means that there is no single clearing house monitoring and controlling the network. This ‘trustless’ payment system greatly increases the security of a network as there is no single point of failure such as from a DNS attack, for example.

The Mt. Gox fiasco was the direct result of a centrally controlled entity unable to properly secure their customers money – something that PayPal has obviously more experience with. Nonetheless, a centrally controlled system poses greater risk to its users as it is an attractive target for hackers, which keeps happening over and over again to numerous banks.

Additionally, one of the biggest problems reported by PayPal users is that their accounts can be immediately frozen. Under a decentralized network, this simply cannot occur as there is no central clearing house or Bitcoin CEO that can lock you out of your digital wallet. PayPal’s burdensome verification process has also received much criticism:

Finally, when the WikiLeaks scandal broke a few years back, financial institutions such as Mastercard, Visa and PayPal imposed a ‘banking blockade’ on all public donations to the whistleblower organization. This is where Bitcoin proved to be the only viable option then for WikiLeaks to obtain funds:

“WikiLeaks' public bitcoin address shows a yield of more than $2.2 million in bitcoins from investments and donations. Edward Snowden has also received tens of thousands of dollars worth of bitcoins in donations.”

To use PayPal, you must be online and have a credit card. In contrast, Bitcoin can be sent offline via email or even SMS on a Nokia dumb-phone. This can be a game-changer for people in developing countries as they now have the opportunity to leapfrog previous innovations straight to cryptocurrency – much like the mobile phone has allowed many African nations to bypass the construction of telephone landline infrastructure.

While Bitcoin is not truly anonymous, it can still provide a certain level of anonymity or pseudo-anonymity for users if they know how to cover their tracks and manage their digital wallets – a process that is expected to become more user-friendly with time.

In contrast, this is impossible for PayPal users as they are required go through the burdensome process of filling out long forms to prove where the money came from and what it will be used for. This is particularly true for international users.

“I am from China, every time, when I withdraw PayPal USD into my China bank account, I need fill a big form to explain where [the] money came from and what they are for. With [Bitcoin], I don’t need worry about it. I can exchange BTC to CNY in local exchange market directly.”

Additionally, transacting parties can potentially use the blockchain or a central third party, if you wish, as an escrow to guarantee that the money will be received if the pre-established conditions are met.

Chargebacks, however, are an important feature in the PayPal network and you can view the guidelines here.

This is the overall most important point that cannot be stressed enough. Bitcoin lowers the barriers for all to participate in global commerce.

While this may seem trivial at first, consider that almost 2.5 billion people on this planet do not have bank accounts and thus, cannot use PayPal. Bitcoin has the potential to finally bring almost half of the world that is unbanked into the global economy, which can then be truly called Global.

Indeed, with Bitcoin, a local farmer in Tanzania can receive bitcoins on his mobile phone with the nearest bank or western union location being a hundred miles away. He is also able to send payments and be an active participant in the global economy.

Thus, Bitcoin enables true globalization that is inherently inclusive and egalitarian, although how this technology is implemented is ultimately up to us - the users.

And with Bitcoin, users will not see this: 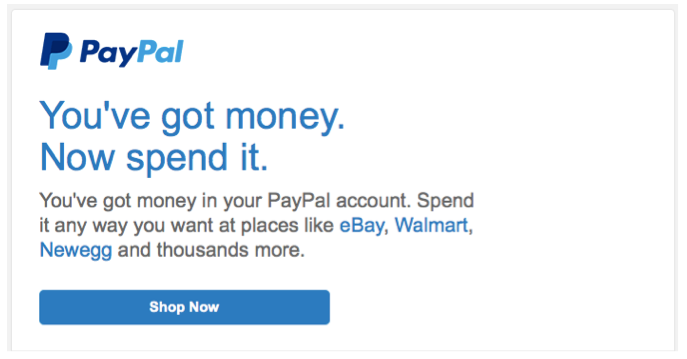 Finally, it will be interesting to see whether Ebay and PayPal deliver on their promise to integrate cryptocurrencies.

In the meantime, however, Bitcoin simply brings more to the table and is less restrictive as far as its features and technological capabilities are concerned. Also, keep in mind that Bitcoin’s role as currency is just one of the many potential application of the blockchain technology but even so, Bitcoin is the clear winner offering numerous advantages over the aging PayPal.

Cointelegraph would also like to hear your opinions. How many more benefits can you think of for Bitcoin? Does PayPal have any advantages over Bitcoin?