Airbnb: Acquisition Of Bitcoin Entrepreneurs Does Not Mean Bitcoin Or Blockchain Foray

Airbnb has hired a team of engineers from CoinChange, a company that is responsible for ChangeTip. However, no venturing into Bitcoin or Blockchain is on the horizon. 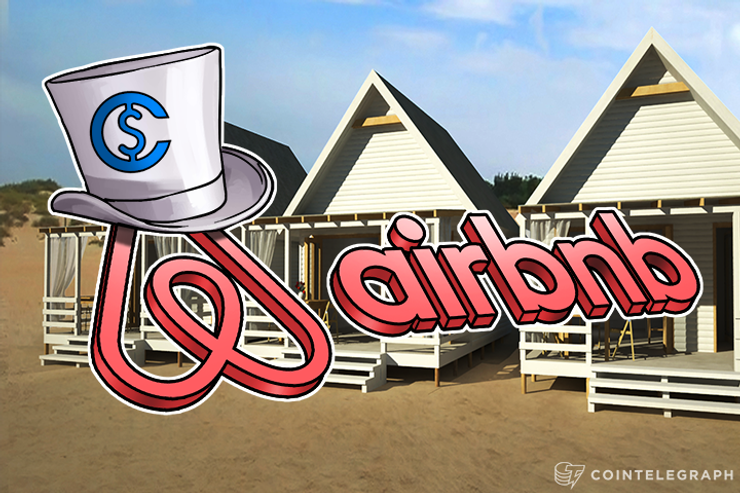 Airbnb has hired a team of engineers from CoinChange, a company that is responsible for ChangeTip. However, no venturing into Bitcoin or Blockchain is on the horizon.

"We are thrilled to bring some members of the ChangeTip team on as a part of Airbnb  and joining the engineering team working on building our infrastructure. We are not acquiring the assets of the company, nor do we have any plans to incorporate Bitcoin into the Airbnb  ecosystem.”

Airbnb is a company whose business model has been subject to much debate. They have been a game changer in terms of how people stay when they travel. Airbnb began their operations  in August of 2008, and the San Francisco based company is already a household name. Airbnb  now has accommodations in 34,000 cities spread over 190 countries and they claim to have served over 60 million guests.

What started the buzz?

According to Business Insider, Airbnb has gone ahead and “acqui-hired” seven engineers from CoinChange, the company that is responsible for ChangeTip.

It is noteworthy to mention that ChangeTip runs a system that allows users to tip each other with cryptocurrencies on Twitter and Reddit.

Since Airbnb has only acquired staff and none of the infrastructure or assets of CoinChange, there is no reason to believe that they are going to be introducing any tipping service as of now.

By all appearances it seemed that leveraging the power of its data was the main interest of Airbnb, and Airbnb  has a lot of data. However, the business that Airbnb is in requires a huge element of trust. We know now though that they may not be headed in that direction.

Airbnb hosting involves giving your house to a stranger and for the guest. It means staying in a strange environment potentially with other strangers.

Interestingly, the focus of trust when it comes to data is made clear by the Airbnb blog which says:

“How best to support trust — particularly between groups of people who may not have the opportunity to interact with each other on a daily basis — is a core research topic for our data science and experience research teams.”

Blockchain, the technology on which Bitcoin operates can be  theoretically useful for Airbnb  because it can be used to create a “trusted form of digital identity”.

Imagine a world in which Airbnb could leverage its huge record of users, and share this data in some form with partners. In this way a partner company would have been able to check on the digital reputation of an Airbnb guest for example and see if they are willing to extend their services to this user.

It is clear that they have no such plans, at least officially.

There are, however, challenges in this area as there is the question of privacy and security.

Marcus Andrade, the CEO of Aten Group, LTD a London based company, says to Cointelegraph:

“We believe the added value of blockchain technology is one of the key factors in ensuring digital identities are secure. This is why we have filed patents pertaining to systems and methods for providing blockchain-based multifactor personal identity verification”.

There are many applications of a verifiable digital identity.

Companies can share data about their customers with each other, governments can utilise information about citizens to know who exactly they are and even citizens can use these sort of services to validate each other.

As an example if you were potential tenant, your landlord could utilise a private blockchain or a public one to see what sort of history you have with respect to accommodations where you previously dwelled. However there are limitations and we cannot overextend the blockchain for everything.

“I think anyone can take their Big Data and turn it into a blockchain. But will it have any value? That is the question.”

As of now that question remains unanswered.