Antonopoulos had left the Board's anti poverty committee late last month but today seemed to be a total break with the foundation. 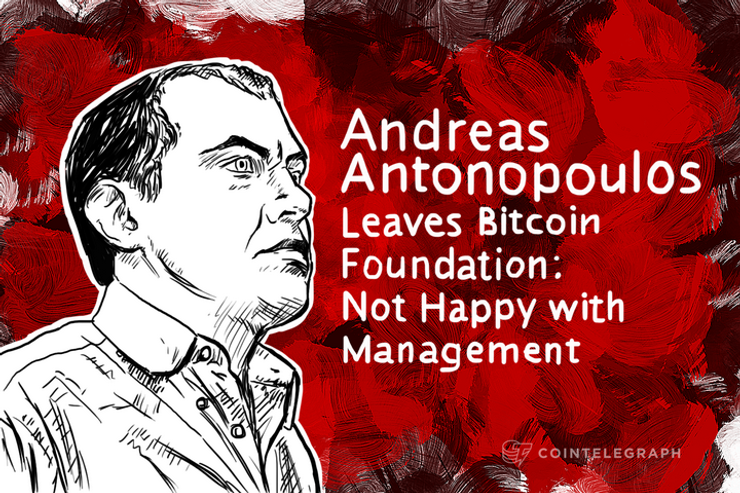 When Charlie Shrem first imagined the Bitcoin Foundation his vision was one of community. Shem resigned earlier this year so that his personal scandal was not reflected on Bitcoin or the Bitcoin Foundation. "I resigned because I had to think about Bitcoin, the foundation, and its future," said Shrem. "I decided that regardless of the merits of my case, anyone representing Bitcoin, including foundation execs, should have a standard of excellence and transcend any scandal. I resigned within 2 hours of returning home from prison."

But other people have been resigning or relinquishing memberships not to protect Bitcoin but because they have a problem with the Foundation itself. One member resigned because he was upset that the foundation elected a new director, Brock Pierce, the former child star and current tech entrepreneur because of his association to a child sexual abuse scandal. While Pierce was never charged criminally in the matter he was named as a participant in the acts in several civil lawsuits and his boss, pleaded guilty in the United States to Federal criminal sex charges.

Now, Andreas M. Antonopoulos announced today on his Twitter feed that he could no longer be associated with the Bitcoin Foundation because of its 'lack of transparency.' Antonopoulos had left the Board's anti poverty committee late last month but today seemed to be a total break with the foundation. He tweeted:

"A couple of weeks ago, I resigned as head of the Bitcoin Foundation's anti-poverty committee. Today I also resigned as a member.

"I can no longer have even the smallest association with the Bitcoin Foundation, because of the complete lack of transparency."

Antonopoulos made one more Tweet on the issue and said that he “just wasn’t happy with mgt.” The announcement was really not surprising because he had earlier expressed frustration when he quit the committee.