Within a year, the Hong Kong-based exchange has gone from zero to partnerships with 15 major bitcoin ecosystem partners. 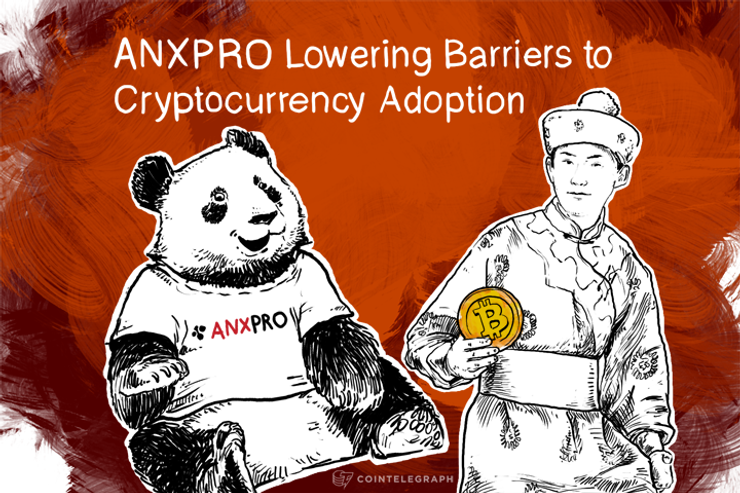 In the dynamic world of Bitcoin, exchanges have had mixed fortunes, but one has not only stood the test of time but is strengthening its position to become a major international player.

ANX, formally known as Asia Nexgen, has come a long way since its founding in June 2013. Within a year, the Hong Kong-based exchange has gone from zero to partnerships with 15 major bitcoin ecosystem partners that include titans such as Blockchain, ZeroBlock, which this month announced ANX’s integration as its premium market data feed partner.

Since its inception, ANX has indeed managed quite some achievements in its short career. Two incarnations of the exchange currently exist: ANXBTC caters for mainstream consumers, while ANXPRO is specifically geared for experienced traders who require more complex tools and features.  We had previously reviewed ANXBTC in our exchange reviews, which already had a very good score.

ANX has also uniquely branched out elsewhere in the industry. The world’s first brick-and-mortar Bitcoin retail store was opened by the exchange in Hong Kong at the end of February, allowing consumers to directly trade Bitcoin for Hong Kong dollars in person. This was matched with the world’s third Bitcoin ATM being introduced in March, cementing ANX’s position as a leader in the rapidly-expanding cryptocurrency environment still taking shape in the area. A press release explains in support of the advances:

“By increasing ways for consumers to acquire and access cryptocurrencies, ANX is also lowering the barriers to Bitcoins and other cryptourrencies’ adoption.”

And in terms of everyday user experience, ANXPRO has sought to offer experienced traders the reliability and consistent functionality they expect from a leading edge Bitcoin exchange in 2014.  The platform supports trading in 11 major currencies natively.  While cryptocurrency deposits withdrawals are fulfilled instantly at any time, even fiat wires are completed usually within a day.

The trading window is efficiently designed with an automatic quotation window (top right) integrated among real-time trade feeds and order details. Order breakdowns are also automatically displayed, showing any fees to be deducted from the total, and switching between order and trade types is done using a one-click panel.

Security, however, is where ANXPRO delivers its trump suit. With support for 3-factor authentication, world class DDOS protection in addition to multiple firewalls, the exchange offers protection unparalleled in the industry.

With CTO Hugh Madden’s experience as a lead architect in a large investment bank gives their security infrastructure some serious whoomph and much-needed peace of mind to wary newcomers.

Expansion on the outside has been coupled with innovation on the inside, with the platform steadily rolling out new functions, streamlining processes and adding facilities for more currencies.

The most recent example comes in the form of dedicated prepaid debit cards linked to ANX trading accounts. The cards can be used in over 200 countries internationally and can be topped up via the ANX website, with ANX being the only provider in the world providing this service.

“We believe prepaid cards will play an integral role in a Bitcoin consumer’s day-to-day financial lives,” CEO Ken Lo commented. “The ANX Bitcoin Prepaid Debit Card enables our customers to easily transfer their Bitcoins to their card anytime and benefit from the same freedom and flexibility of a traditional credit card.”

Another major development milestone was ANX’s support of Dogecoin on ANXPRO, which has been trading since February.

Both new and existing users will have the chance to gain up to 15,000 DOGE in return for making a deposit worth at least US$50 or equivalent on ANXPRO.

“Since we introduced Dogecoin into ANXPRO platform, we have see an increase in traffic and registrations on our website,” CEO Ken Lo said in a press release regarding the move. “The Dogecoin community consists of some most technically savvy crypto currency users. We are very pleased to continue to support this crypto currency.”

ANXPRO is additionally running a zero-fees promotion for trading, representing a considerable saving for users, especially on larger transactions.