The world’s elites are starting to buy into Ethereum to understand its purpose and its sophisticated technology. 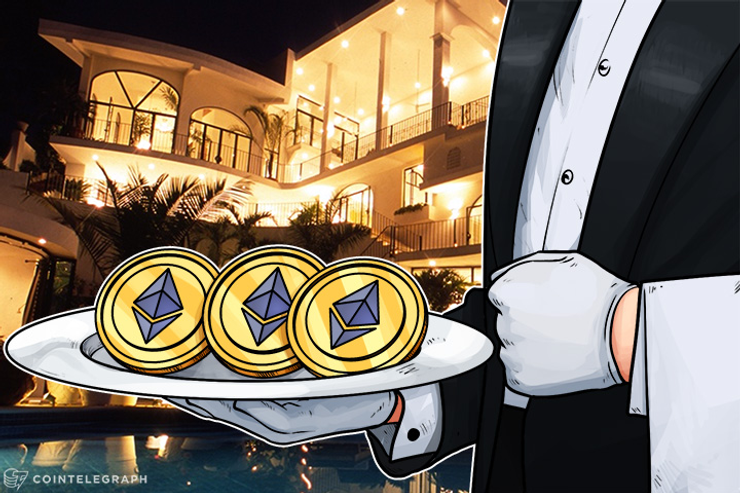 Earlier this week, sources including Business Insider revealed that John McAfee-led cyber security company MGT Capital has started to mine Ethereum alongside Bitcoin.

Mainstream media outlets including Business Insider have presented rather irrelevant narratives with headlines such as “Ethereum is Up 4000% This Year, And The World’s Elite Are All Buying In” with the sole announcement from MGT Capital to mine Ethereum using its cryptocurrency mining facility.

A part of the narrative presented by mainstream media outlets regarding the recent rise of Ethereum has been the non-existent competitive nature between Ethereum and Bitcoin. Reports and articles have continuously characterized Ethereum as the rival cryptocurrency and Blockchain network to Bitcoin.

However, the vast majority users, traders, investors and enthusiasts that do have a working knowledge of cryptocurrencies and the Blockchain sector understand that Ethereum and Bitcoin are not competitors or rivals. In fact, Bitcoin is a store of value and was developed to evolve into a global, peer to peer decentralized and transparent digital currency. In contrast, Ethereum was designed to provide an ecosystem for decentralized applications and decentralized autonomous organizations (DAOs).

Ethereum and Bitcoin have philosophies, monetary policies and structures that are entirely different from each other. Ethereum offers a smart contract-based protocol which prioritizes flexibility while Bitcoin offers a secure store of value that can be used as money.

Are the world’s elite really buying into Ethereum?

The launch of the Enterprise Ethereum Alliance (EEA) has been a success in attracting the interests of institutional investors, major financial institutions and large-scale technology conglomerates. Cointelegraph previously reported that many multi-billion dollar conglomerates are working on Ethereum-based applications to optimize operations.

“The startups involved in the EEA are actively developing applications. As far as the larger corporate members, there definitely are some that have been developing actively. UBS have been doing experiments on Ethereum since 2015. BNY Mellon is a part of the consortium. BHP Billiton is using Ethereum in a test for tracking natural resources. There are already many companies moving forward,” Buterin told Cointelegraph in an interview.

Yet, most investment firms, traders and companies still lack knowledge in Ethereum and its purpose and structure. By mining Ethereum, companies have started to learn more about the technical intricacies of Ethereum, its ecosystem, community and industry.

In late May, Fidelity Investments, a major US-based investment firm which oversees $2.13 tln worth of assets and generates $15.9 bln in annual revenue, revealed that the company has been mining Ethereum and has been developing applications on top of Ethereum to understand the Blockchain network further.

"We have built proofs of concepts that accept Bitcoin micro-transactions. We set up small Bitcoin and Ethereum mining operations, just done in the spirit of learning.”

The world’s elites are not buying into Bitcoin because they perceive Ethereum as a rival Blockchain network of Ethereum. Bitcoin and Ethereum are trying to solve different problems that the world’s banking, financial and technology sector shave struggled to address.

However, the world’s elites are starting to buy into Ethereum to understand its purpose and its sophisticated technology that could one day power a large-scale ecosystem of decentralized applications.