Augur wants to build a decentralized prediction market, where users make money by betting on the future. It's a form of gambling. 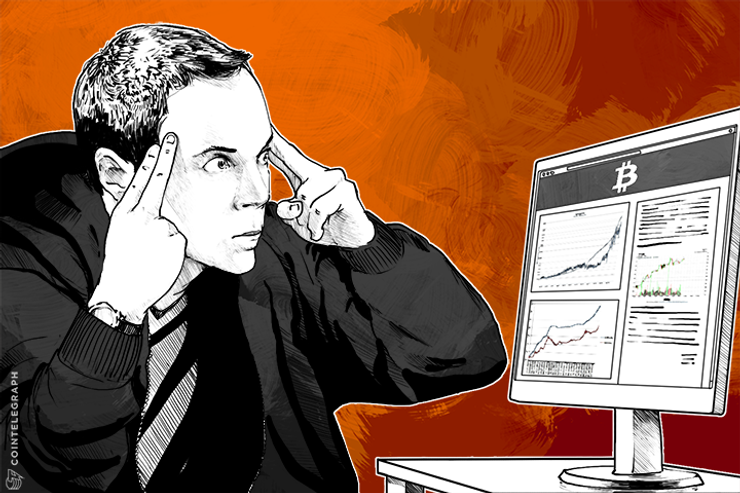 Augur wants to build a decentralized prediction market, where users make money by betting on the future. It's a form of gambling, but if enough people use the market, it could be a rare opportunity to forecast the future. And the project just reached a major milestone.

So far, Augur developers have been running code on their computers using the Pyethereum tester module, which simulates the larger network. But they just successfully created a contract on the larger Ethereum Frontier testnet.

The team has a grand vision for the project. The website reads: “Imagine a world where pundits and politicians were judged not on the loudness of their voices or the brazenness of their statements, but on the merit of what they said.”

Crowds of people bet on what they think will happen in any number of categories—science, politics, whatever. Someone might create the question: “Will Edward Snowden move back to the United States by 2020?”  And players have an incentive to vote accurately; their money is at stake. That's why prediction markets can be fascinatingly accurate. Then a decentralized group reports on the outcome of the events, so that the funds can be allocated to reflect them.

While bitcoin prediction markets have been centralized, Augur opts for a decentralized structure. It's based on the theory set forth in the Truthcoin white paper by Paul Sztorc, who is now an advisor to Augur.

The Augur blog is frequently updated with updates and information. And the project has been moving forward in other regards as well. Dr. Jack Peterson, core developer of the project, said in the latest video update on the consensus system to determine the outcome of events:

“I'm happy to say that I'm finished with that. I had been comparing a number of different variations of the consensus algorithm. I was happy that one emerged as the clear winner. It's now implemented in Serpent—one of the Ethereum scripting languages.”

So what are the next steps? In the latest video, the team expressed enthusiasm for taking the project beyond the command line. Once they build the prediction market interface for alpha testing, charts and prices plastered on the website. People will actually be able to comment and buy and sell shares.

The open source project will run on top of Ethereum, which is itself unfinished, but rumors swirl that it is nearing completion. Despite the unexpectedly long wait, their team has been keeping their audience of enthusiasts and investors updated. “I'm excited that Ethereum itself is extremely close to being at 100%,” Augur core developer Peterson said. “Their testnet—there are still a few bugs left—but it's usable and we're using it.”

The alpha version of Augur is coming—as soon as few weeks from now. In these early stages they'll use fake money for testing.

“The upcoming Alpha version of Augur will give anyone interested a much clearer idea of what Augur can do,” Marketing Director Tony Sakich said.

Related News
McAfee on BTC, Exile & the US: 'No Way the Current System Can Survive’
New Platform Lets Users Trade Crypto and Gold in Personal IRA
How Real World Use Cases Will Drive Crypto Growth in 2020
How Not to Lose Your Coins in 2020: Alternative Recovery Methods
Research: Ether Was the Cryptocurrency Most Correlated to Other Coins in 2019
<a class=