Bill Barhydt, the founder and CEO of Abra, announced at the North American Bitcoin Conference on January 17 that the firm will launch its global digital cash network next month. 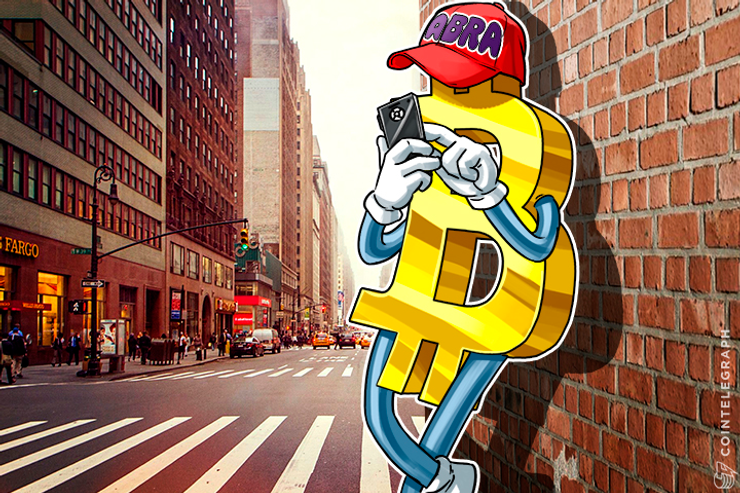 Bill Barhydt, the founder and CEO of Abra, the highly anticipated Bitcoin-based remittance application, announced at the North American Bitcoin Conference on January 17 that the firm will launch its global digital cash network next month.

Upon the launch of Abra, users will be able to send and receive money in over 50 currencies. Abra also includes direct Bitcoin support allowing users to send Bitcoin payments to family members or friends abroad with low fees.

Essentially, Abra is a peer-to-peer version of today’s remittance service providers. Instead of having to visit physical locations or outlets to receive or send money, that can be inefficient for individuals based on the countryside or rural areas, users can simply send remittances using their mobile phones to any recipients who will then receive the payment from Abra tellers all across the world.

Abra has already launched its application in the Philippines and the United States. The Philippines, in particular, has a large remittance market of over $500 bln, mostly due to large numbers of Filipino workers going abroad to support their families back in the Philippines. To send money back to the Philippines, Filipino expat workers rely on inefficient and expensive remittance outlets, which have caused discomfort for both senders and receivers over the past decade.

Barhydt and his team are trying to improve this impractical ecosystem that exists in the global remittance market. Using Bitcoin as the basis, the company aims to make remittance cheaper and faster through the usage of a peer-to-peer currency and network.

“Bitcoin is key to these efforts. While Bitcoin has always been a large part of what we do, it’s been hidden in the background up until now. Last year we launched Abra in the Philippines and the United States validating that we could release a digital currency product using Bitcoin that didn’t confuse the average consumer,” said Barhydt.

The global launch of Abra will include various native Bitcoin features, including a Bitcoin wallet, Bitcoin to fiat exchange, fiat to Bitcoin exchange and the ability to become an Abra teller using Bitcoin.

Barhydt is especially optimistic about the impact Abra will most likely have on the global Bitcoin market. The network makes it easier for traders to hold onto their Bitcoins and trade digital currency for fiat in any country which Abra supports.

“We estimate that $30-$40 mln per week are now traded in person in “fiat vs Bitcoin” in over 75 countries. With our support for Bitcoin Traders as Abra Tellers, Bitcoin Traders can now hold Bitcoin in their Abra App but process deposits and withdrawals in any world currency that the Abra App supports.”

The startup and the Abra network is supported by some of the largest venture capital firms in the world, including Arbor Ventures, RRE Ventures and First Round Capital. Abra raised a $14 mln Series A funding round from these firms.

American Express Ventures managing partner Harshul Sanghi expressed his positivity on Abra’s vision to lead the global remittance market back in 2015 stating that more convenient and affordable methods of remittance settlement are in desperate demand.

“As people and businesses transact globally, there is a need for more convenient and affordable ways to move money. We think Abra could play an important role in the evolution of money transfer and commerce especially in emerging markets," said Sanghi.