Bank of England Knocks Down Using Bitcoin as Form of Currency

The United Kingdom will not become the next home of Bitcoin’s currency. 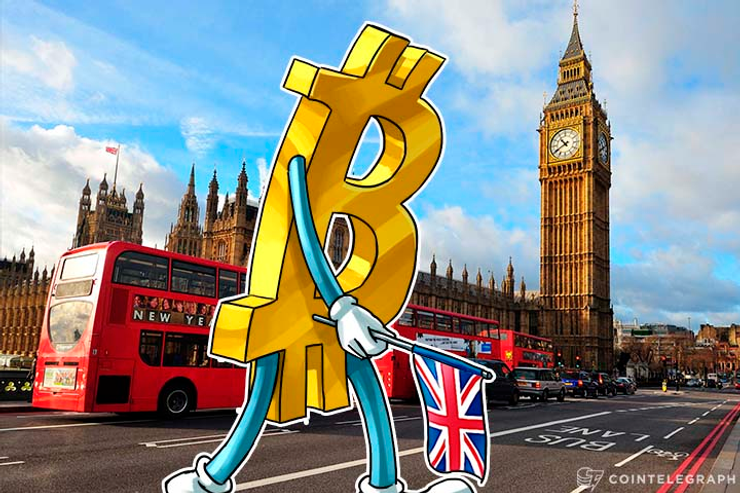 Bitcoin has been on an impressive run of positive energy, as of late. Integration of the Segregated Witness algorithm has begun, apparently without fault. Same goes for the ‘Bitcoin halving,’ which has also shown no ill effects to the market to this point. And this spring, Japan has chosen to officially accept Bitcoin as a currency on a national level. Will Great Britain, home of the Brexit, follow Japan’s leadership? Apparently not, according to the minutes from a recent meeting of the United Kingdom’s financial elite.

Now that Great Britain is going to be in charge of its own affairs again, and not subject to the whims of collectivism, it is high time for a self-evaluation on where to go from here, economically. The news this month has been awash of how the British Pound/Sterling has suffered much short-term devaluation do to the recent Brexit vote. The official disassociation from the European Union won’t even begin this year, and can take years to fully come to fruition.

This week, Parliament.tv, which seems to be the equivalent of United States C-SPAN, brought a full meeting of the Economic Affairs Committee, which also featured guests like Blythe Masters, Chief Executive Officer of Digital Asset Holdings. The discussion was matters of national interest in Bitcoin, the future of digital currencies and blockchain technology.

When it came to the matter of the viability of Great Britain creating their own digital currency for the nation in the near future, Dr Ben Broadbent, the Deputy Governor of Monetary Policy for the Bank of England was less than enthusiastic about anything happening in the near future. It appears the country, and the current financial system, are not ready to make that leap anytime soon.

"If you are talking about an all-singing, all-dancing central bank digital currency, replacing not just the liabilities we currently handle, but prospectively substituting it for commercial money then yes, that is a long way off," said Dr. Broadbent. "That is not just about technology; that would be a matter for the shape of the financial system."

When it came to discuss perhaps accepting Bitcoin as a currency in some form or fashion, without getting into great detail, the response was even more skeptical, saying that Bitcoin has "if I may say so, huge deficiencies as a currency."

Bitcoin was never meant to be a nation’s official currency, but to hear that it is not seen as an option to be accepted nationally at this time is not a positive development.

Bitcoin will improve, and gain new applications and security measures over the next year that will make it more attractive to more users at scale. As the United Kingdom has already shown, all national financial perspectives are subject to change.

Related News
Is US Environmental Tax Policy Hindering Solar Power to Fuel Digital Technologies?
Blockchain Platform Unveils Partnership to Boost Crypto Compliance
Blockchain.com Launches Pound Sterling Payments Gateway for Brexit-Bound Brits
Alleged Hacker Extradited to Face US Charges Over Corporate Extortion Racket
Bitcoin Is Becoming More Valuable to Iranians Amid Tensions With US
The Blockchain Approach to Customer Relationship Management
<div is="sidebar" :sidebar-data="{"promoButtonsI18n":{"crypto-button":{"url":"crypto.btn.sidebar.url","label":"Get Crypto At True Cost\n","text":"Cryptoassets are complex instruments and investments carry a high risk of losing value. You should educate yourself in how crypto-markets work before making any investments. Always invest responsibly and be prepared for the risks associated with investing in or using cryptoassets. This promotion cannot be considered investment advice."},"etoro-button":{"url":"https:\/\/ad.doubleclick.net\/ddm\/clk\/437480595;240556498;x","label":"Try Etoro","text":"Trade on the world’s leading social trading platform (Highly volatile investment product. Your capital is at risk)"},"hitbtc-button":{"url":"https:\/\/hitbtc.com\/?ref_id=5cba0be404aa3","label":"BEST LIQUIDITY ON HITBTC","text":"Note that all trading strategies are to be used at your own risk. Before trading, we recommend to make sure that you have a clear understanding of cryptocurrencies and how they are traded."},"changelly-button":{"url":"https:\/\/changelly.com?utm_source=cointelegraph&utm_medium=referral&utm_campaign=changellyctengbutton&ref_id=le9ssi8dgmskmqu0","label":"BEST RATES ON CHANGELLY","text":"This is to note that you should realize all crypto trading risks. Please make sure that you understand how crypto exchange service works."},"nexo-button":{"url":"https:\/\/nexo.io\/?utm_source=cointelegraph&utm_medium=fixed&utm_term=content&utm_content=crypto_banking_account&utm_campaign=nexoeverywhere","label":"CRYPTO BANKING ACCOUNT"