How does it feel to be Satoshi Nakamoto? Is he a man who can never access the low hanging fruits of his labour? 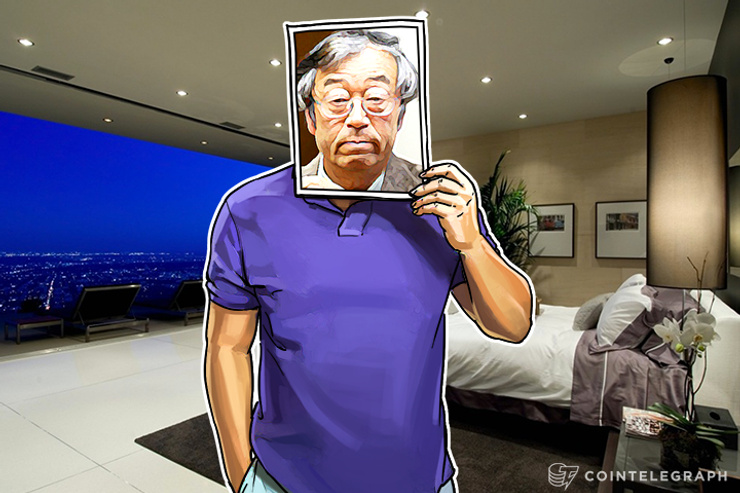 Imagine you had a very rich uncle who left you a huge fortune, let’s say to the tune of 9 figures in US dollars. You would be ecstatic right? Now imagine if someone had a similar fortune stashed in Bitcoin but was never heard from again. It would be a tragedy of epic proportions.

Satoshi Nakamoto, the enigmatic father of Bitcoin has disappeared and his disappearance is an elephant in the room. His last words to the world being “I’ve moved on to other things…”.

Why can’t he spend his massive fortune?

Let us try to deconstruct one of the most mysterious people in the world.

What’s in a name?

If we were to judge a book by the cover, and take his word for what it is, he is a Japanese man.

So what about the name Satoshi Nakamoto, which is spelt 中本哲史 (Nakamoto Satoshi) in Japanese? We talked with Takaaki Kagawa, BA Literature (Waseda University, Tokyo) and he had this to say about the name our father of Bitcoin has chosen for himself:

“First of all, it sounds like a fairly valid Japanese name. Satoshi is a common male name, and I had a couple of classmates called Satoshi even though the Japanese spellings were different. Nakamoto is a surname which is not everywhere, but it is not uncommon. According to Myoji-Yurai(browsed on the 27th of April, 2016), there are approx. 39,200 people with this surname spelt in this particular way in Japanese.”

If indeed Satoshi Nakamoto spells Nakamoto in this particular manner then and is a Japanese living in Japan then we can narrow down the number of people to a smaller pool.

If we assume that he told the truth about his age, then we have even a smaller band of people. However we should keep in mind that Nakamoto can also be spelt with other Chinese characters in different ways, namely 中元, 仲本, or 仲元. So in essence this may just be a wild goose chase if we were to try to locate him with the name alone.

On November 1, 2008, Satoshi Nakamoto released a paper titled “Bitcoin: A Peer-to-Peer Electronic Cash System”. In this paper, he talks about “electronic cash” and the whole framework surrounding the functioning of Bitcoin.

Nakamoto released this paper on a mailing list and included these words, “I've been working on a new electronic cash system that's fully peer-to-peer, with no trusted third party.” An interesting feature of this paper is the usage of the English plural “we”. As an example consider this excerpt, “We define an electronic coin as a chain of digital signatures.” In old fashioned academic writing it was perfectly acceptable to use the plural to take a distance to what was being written.

So we can assume that Satoshi Nakamoto was either trained to write in a particular way or Satoshi Nakamoto was a team of more than one person. Another interesting anomaly in the paper is the usage of the contraction “can’t”. Here is an example, “He can't check the transaction for himself, but by linking it to a place in the chain, he can see that a network node has accepted it, and blocks added after it further confirm the network has accepted it.”

This usage of can’t stands out because in academic writing, the usage of contractions is usually frowned upon. The usage of this can’t is in contrast with the usage of we in the paper, which would suggest having some academic training.

It would appear Satoshi Nakamoto was perhaps trying to cover up who or whatever they were.

The Satoshi Nakamotos of the world

A lot has been written about possible Satoshi Nakamotos, they have popped up everywhere from Finland to Australia.

The media has already done its digging with everyone from New Yorker to Gizmodo. The candidates they have dug up have been not very forthcoming in taking credit for the invention of Bitcoin so far.

However one thing is clear, the key to his disappearance is possibly his huge wealth. Imagine holding 7.5 per cent of the world’s bitcoin and not being able to spend any of it.

Spending this Bitcoin on an open and transparent blockchain would be akin to coming out. Not only would every government in the world know who you are but also some very unsavoury elements who could cause you real potential harm.

If you were someone who prized their privacy, you would probably just want to maintain status quo. Another problem would be that if you moved to convert some of your digital fortune into fiat, it would be seen as a negative by the market and prices of Bitcoin would take a plunge.

The sheer volume of Nakamoto's holdings have the potential to disrupt the bitcoin market. Perhaps the best way to answer the question what it is like being Satoshi Nakamoto is to think of Tantalus, the Greek mythological inhabitant of the underworld whose eternal punishment was to stand in a pool of water under a fruit tree.

He could see the fruit just near him but never could use it and the pool of water would rise just near his mouth but he could never take a drink.