The Europas – the European tech startup awards - has announced a “Best Crypto Currency Startup” category for the second year running with the winners being chosen by a panel of industry voters and judges. 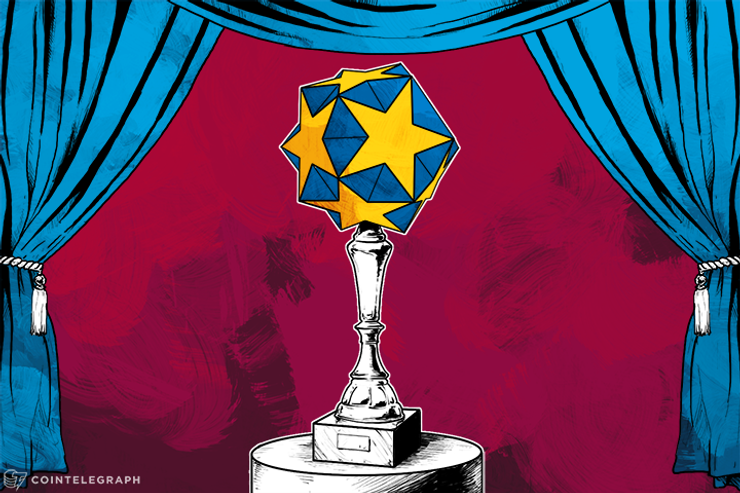 The Europas – the European tech startup awards - has announced a “Best Crypto Currency Startup” category for the second year running with the winners being chosen by a panel of industry voters and judges.

This year the nominations are:

The Europas will take place on June 16 in London, preceded by an invitation-only day-time conference and a PathFounders event where startups will be showcasing to investors.

Speaking to Cointelegraph, Europas founder (and TechCrunch editor) Mike Butcher explained why crypto had retained its own category:

"The debate around crypto currency has rightly moved to the Blockchain as a platform for innovation in almost every imaginable way. Startups are busily turning the blockchain into an entirely new 'internet of verification' for just about anything. It's becoming an area which stretches far, far beyond financial technology."

Last year, the “Best Virtual Currency Startup” category was won by Bitstamp, who went up against Coinfloor, Elliptic, GoCoin, Localbitcoins, and Safello.

"After several years of hard work it's really gratifying that this hard-to-grasp but truly amazing technology is finally starting to get the recognition it deserves, and we're honored to be nominated alongside other industry pioneers,” said KnC Miner’s CEO, Sam Cole, to Cointelegraph. “Still, we feel this is only the beginning. Just as with the web, that grew powerful slowly over 20 years, Bitcoin will be chosen by person after person, app after app, system after system, year after year. He added:

“Awards like The Europas are great for spreading the word and we think it's the right choice to put cryptocurrencies in its own category."

"We are delighted to be nominated for The Europas two years in a row,” exclaimed Safello’s CEO Frank Schuil. “It is recognition of the hard work of the Safello team by our stakeholders that underlines our consistent and persistent presence in this market. He added:

“And as long as this doesn't turn into a DiCaprio nomination we are happy to be nominated again next year."

“Blockchain is a truly disruptive technology that enables decentralized trust, greater security and transparency. We believe that Blockchain as a technology is a game changer that will provide new possibilities and remove boundaries for business. It will allow to transform the way the world transacts in the more simple, secure and transparent way,” said Valery Vavilov, CEO of BitFury. He continued:

“Being nominated for the prestigious award is not only a recognition of a hard work and achievements, but also a reminder to keep moving forward. Leadership comes with responsibility. We are committed to continuous innovation and to designing and implementing technology for the greater human good."

“It’s great to be recognised by The Europas and it’s been a lot of hard work in the last four years to achieve this level of recognition," said BitPay Europe’s team. “It’s truly a gratifying experience and it means a lot for our team here at BitPay.”