Bitcoin Blockchain is the Last Economic Fortress, Provides the Unbanked with Jobs

Bitcoin could be used as a means for economic liberty, since it is easy to use, secure and reliable for merchants. It is not only used as a world currency, but also as a savings asset. 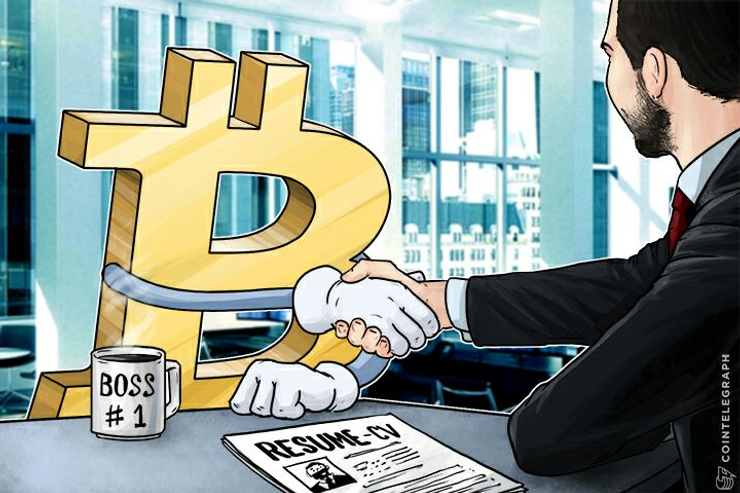 Bitcoin could be used as a means for economic liberty, since it is easy to use, secure and reliable for merchants. It is not only used as a world currency, but also as a savings asset. It is the “one last economic fortress”.

Cryptocurrencies go where big banks won’t trouble to go, but could the Blockchain also provide wealth for the unbanked by providing jobs in the near future? The western world has by now has been significantly disrupted by the blockchains of Bitcoin, Ethereum and many other currencies and tokens.

According to the 2014 Global Findex, 700 million adults worldwide became account holders between 2011 and 2014; a 20 percent drop in the number of unbanked.

“Access to financial services can serve as a bridge out of poverty. We have set a hugely ambitious goal – universal financial access by 2020 – and now we have evidence that we’re making major progress.”

Cointelegraph spoke to experts about whether they think it is only a matter of time before the blockchain affects the developing world, or if they think It has already started.

“Money is only a fluid which make people collaborate better together. But we can imagine an application on top of Bitcoin similar to Amazon like mechanical turk which would work in an unbanked world, which currently can't work in the fiat world.”

Lawrence Lundy, Developer at Outlier Ventures Ltd, notes that it is already happening with sites like wework.com  and fiverr.com, as they give opportunities to people to create jobs.

“I think it's definitely possible, but it will require new thinking about what money is and how it's created. If people can do useful labor and create a unit of exchange using crypto and the PKI, it could definitely be possible.”

Blockchain is a game changer

John Gotts, Chairman and CEO of FamilyOffice.VC, says that they have companies that want to help the unbanked using the Blockchain and it seems to be working.

Freya Stevens,  Marketing Specialist at Stratis Blockchain Solution, revealed to Cointelegraph that Stratis is creating a full node in C# .NET, making them the first cloud-based blockchain service provider to do so. The company is primarily focused on the Blockchain provisioning for the business community in an increasingly digital economy.

She says about the Bitcoin Blockchain:

“Blockchain is a game changer but there is still a real need to lower the barriers to entry so that more people can get involved with the technology, discover it’s utility and ultimately be able to compete in a changing marketplace. Stratis aims to make blockchain more widely available to both developers and to businesses - helping them to stay ahead of the curve, plus creating more jobs.”

Be your own bank

Liana Douillet Guzmán, VP, Marketing and Communications at Blockchain.info, says that the Blockchain can provide real meaning and value to the financial lives of the approximately 2.5 billion un- and underbanked citizens of the world – in a number of ways.

For instance, the unbanked can leverage the cost and technology benefits of blockchain technology for less costly, more transparent money exchanges.

She notes that the Blockchain can also help the under-banked formalize property rights where land title remains questionable. Here, the Blockchain can not only allow for less costly land titling, but it can enable those landowners to, for the first time, enter the financial system and generate collateral.

“Finally, the Blockchain can help the unbanked by allowing them to “be your own bank” which can offer individuals access to job opportunities – and payment from – corporations around the globe.”

So, on one hand, we have the “Internet of Things”, the infrastructure of our information society, by which the Blockchain disrupts the finance sector, while on the other hand, we may also witness disruption in the sense of how we create jobs through and by the “Internet of Manpower”.