Bitcoin Companies Go Through Identity Crisis, Sugarcoating Bitcoin to Take it to Masses

How to get more people to use Bitcoin? Many Bitcoin companies see the answer in serving it up as a disguised product. 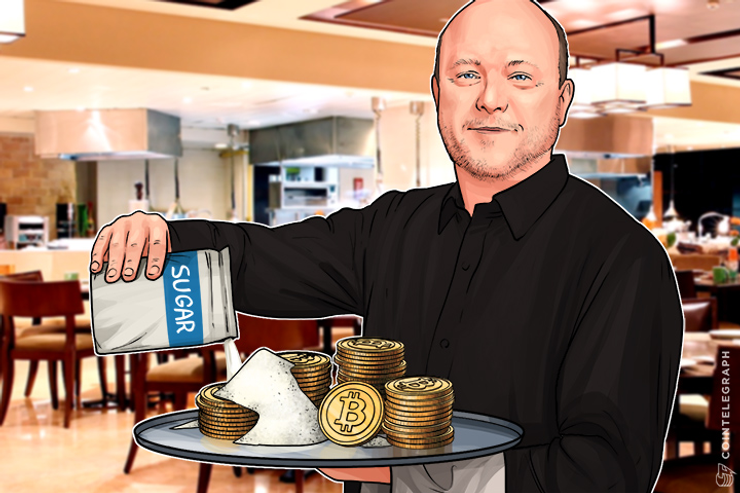 In a survey report published by the World Economic Forum, titled “Deep Shift Technology Tipping Points and Societal Impact,” respondents were polled about tipping points related to technology and when they thought they would occur.

According to the survey, Robots and Services are expected to occur in 2021, 3D Printing and Human Health expected in 2023 and Driverless Cars in 2026. These were all ahead of Bitcoin and Blockchain, which the respondents think would only be a tipping point in 2027.

The poll further suggests that the tipping point would occur when 10 percent of global domestic product (GDP) was capable of being stored on Blockchain technology.

Maybe the future of Bitcoin is elsewhere

We know from Blockchain.info that between January 2016 and December 2016 the number of Bitcoin transactions ranged between approximately 125,000 to 330,000.

While this shows that there are people actually using Bitcoin as a currency, is it really that many? Compare that with SWIFT traffic between October 2015 and 2016 which saw a year-over-year growth of 7.8 percent and scored 26.04 mln FIN messages per day in October 2016 alone!

Advisor to Wings.ai, Dominik Zynis, states with regards to the issue of the mainstream adoption of Bitcoin (BTC) :

“Not sure though that BTC is meant to be for people, I always thought the use case was more interesting for app to app, machine to machine, app to machine (thing to thing?) compensation. For example, a national weather service and other weather services might open up payment channels to thermostats around the country to gather data.”

We discussed before what inhibits Bitcoin’s mainstream adoption. Sometimes it is hard for some technological ideas to go mainstream. Even great concepts can struggle but that does not mean they should be abandoned - maybe they can be made more acceptable using other means.

It may be so that Bitcoin is up against a wall that it can never go past and the time has come to explore ways so that the sound technology behind Bitcoin, that is the Blockchain, can be used in everyday life by common everyday people.

Possibly even the Bitcoin Blockchain itself has such uses. We are seeing a shift towards that line of thought.

Maybe a way of getting people to use Bitcoin is serving it up as a disguised product. That is what many Bitcoin companies are doing now.

Wired quoted Jeremy Allaire of Circle, a company that had initially wanted to take Bitcoin mainstream, as saying:

“When we founded this company three years ago, the vision was never to build a Bitcoin company.” In a blog post on their website on Dec. 6, Circle <a href="h