Bitcoin surges past $730 while Ethereum nears $20, pushing total cryptocurrency market capitalization to $14,3 billion. This is about 90% of the all-time high during late 2013’s Bitcoin bubble. 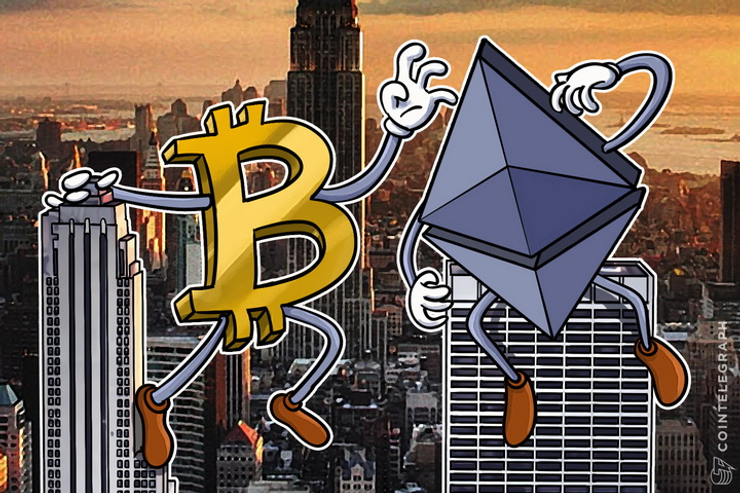 The total global market capitalization for cryptocurrency has reached 90% of its highest recorded value during late 2013’s Bitcoin price bubble.

Early Thursday June 16th, the total cryptocurrency market cap reached $14.3 billion, nearly 90% of its total in early December of 2013 of $15.9 billion, during Bitcoin’s all-time high price over $1,000. This represents a growth in the cryptocurrency sector of $10 billion over the last year, almost $6 billion of which occurred over the last month

Bitcoin not solely responsible for spike

Combined altcoin market capitalization is $2.7 billion, an all-time high, and has grown by more than a billion this year. This new high is greater than the total value of Bitcoin in early 2015, at the depth of its post-bubble slump. Despite its recent price surge, Bitcoin’s total share of the global cryptocurrency market cap has remained at close to 80%.

Part of a global rally against the dollar

Surges in cryptocurrency are part of a greater trend in currencies and assets against the dollar. Gold has hit a high of $1,300 per ounce, as US Treasury yield fell the lowest since mid-February. Meanwhile the dollar continues a downward trend against the yuan and yen.