Bitcoin Film “Not about Bitcoin” Tipped to Make Mainstream Listen

A documentary promising to be the Bitcoin film “that you will watch with your parents” has reached its goals on Kickstarter and is set to begin production immediately. 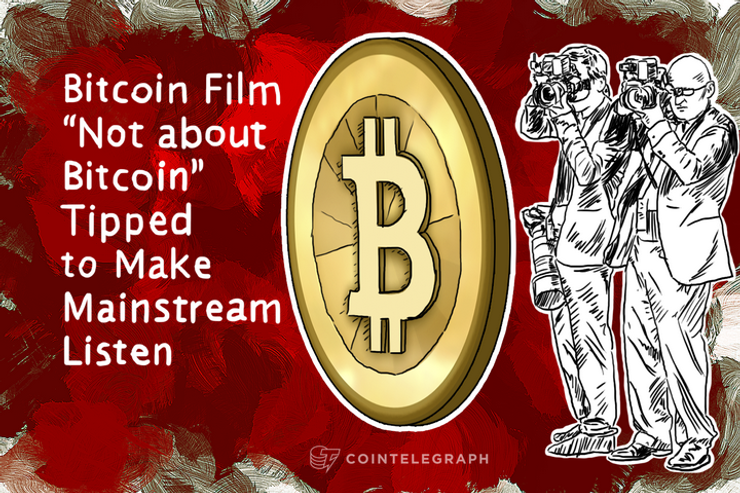 A documentary promising to be the Bitcoin film “that you will watch with your parents” has reached its goals on Kickstarter and is set to begin production immediately.

The brainchild of media entrepreneur, filmmaker and angel investor Torsten Hoffmann, ‘Bitcoin: The End of Money as you know it’ seeks to finally bridge the gap to full-scale understanding of Bitcoin and the promise it holds for the future.

“Thanks so much for everyone who supported us or shared our project which is already being recognized as a “Must Watch Documentary,’” Hoffmann wrote on the Kickstarter page, referring to the project becoming one of six films to be featured in a Coindesk summary.

And it is perhaps no wonder. Hoffmann’s project is honed and refined, tackling one of the ‘ultimate’ issues in Bitcoin with minimal evangelist jargon to maximum effect.

“Our mission is to get the audience questioning paper money and curious about Bitcoin,” Hoffmann said in a press release.

“Hopefully our film will be the one that you will recommend to your parents or non-tech friends in order for them to ‘get it.’”

Interviews with some of Bitcoin’s leading lights have already been shot, and the success of the campaign will allow more time to be spent on post-production and additional location filming. Hoffmann explains:

“We were surprised how accessible some of the Bitcoin thought-leaders and famous advocates were and that is why we already have a lot of great interviews from Miami, Toronto and New York. Interestingly it is much harder to find Bitcoin skeptics and critics willing to share their thoughts on camera, so we still need help with that.”

Hoffmann was adamant from the outset “not to make a film about Bitcoin,” instead taking the audience back to the fundamental concepts of money, its history and intrinsic value in order to explain the banking system and how Bitcoin is apt to definitively change the landscape.

It is a point he seeks to bring home time and time again, with incentives for backers including up to a ten trillion dollar note from Zimbabwe and 5 million dinara offering left over from Yugoslavia. “We must revisit past periods of hyperinflation and national debt crises - and that's why we reward our supporters with ten trillion dollar notes from Zimbabwe,” he explained on the project’s Kickstarter page.

Further perks available to users include mentions in the film credits and even the opportunity to become an executive producer and be deeply involved in the filmmaking process itself.

Once production is complete, Hoffmann furthermore has few concerns about getting his film into the spotlight and before the eyes of an international audience.

“I have negotiated all these deals for other documentaries in the past 2 years… while it is hard to say who will actually license The End of Money, I am very confident that we will reach millions of viewers all over the world.”

He added that this was “the reason why we got Emmy-nominated director Michael Watchulonis on the team.”

The funding period is due to end July 12, and the Kickstarter project may be accessed here. Hoffmann meanwhile is hopeful of obtaining significant outreach prior to the deadline. Hoffmann concluded:

“Hopefully we will get even more press attention and Kickstarter supporters in our last week in order to afford more production days in Seoul, Singapore, Melbourne, Berlin and London/ Oxford where we are already in touch with the local communities.”

Related News
McAfee on BTC, Exile & the US: 'No Way the Current System Can Survive’
New Platform Lets Users Trade Crypto and Gold in Perso