Bitpay’s payment growth has led to Quartz declaring Bitcoin “may be turning into a real currency.”

The latest growth data for Bitcoin as a currency shows sustained increases in adoption as mainstream media pick up on a growing trend.

Picking up on five separate positive charts it says “shows Bitcoin may be turning into a real currency,” Quartz highlights Bitpay payment data as an example of stable growth.

“BitPay’s data speaks for itself,” the publication wrote Tuesday.

Bitpay saw just over 200,000 payments processed in December 2015, the latest month information obtained by The Atlas is available for.

The value of these payments totaled around $160 mln, a figure which has likely changed as the average payment amount has become larger due to higher transaction fees in 2016-17. 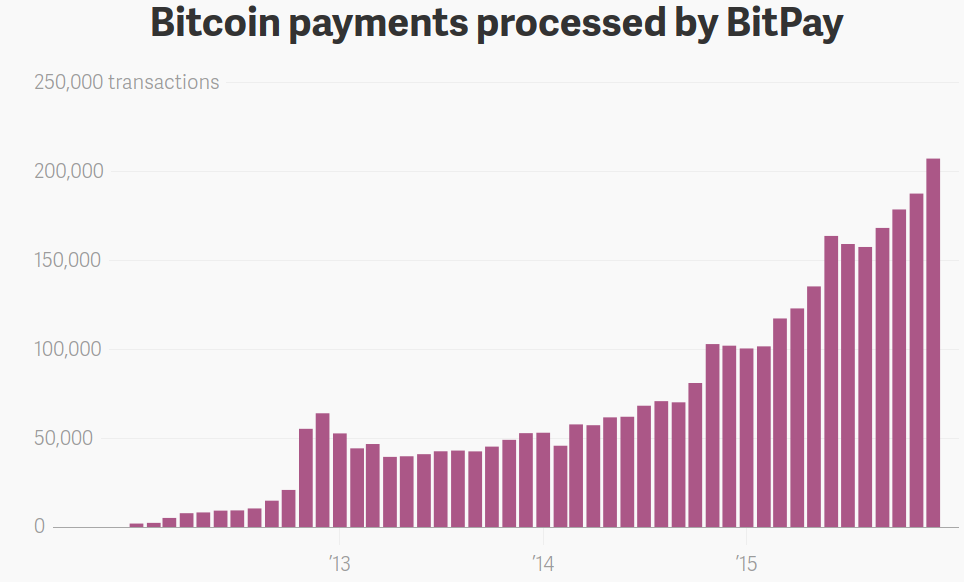 Last week, in fact, Bitpay raised its minimum invoice amount from four cents to $1 in order to deal with “uneconomical transactions” on both its and the customer’s side.

“New data suggests that Bitcoin payments are gaining traction, as its volatility has fallen and its value has rocketed,” Quartz nonetheless asserts.

Highlighting the figures nonetheless demonstrates a growing schism in the popular press regarding Bitcoin’s identity. The ETF defeat produced mixed reactions, for example, with the Wall Street Journal declaring the cryptocurrency was now “useless.”