Bitcoin’s price is forming a short-term flat before a new surge. 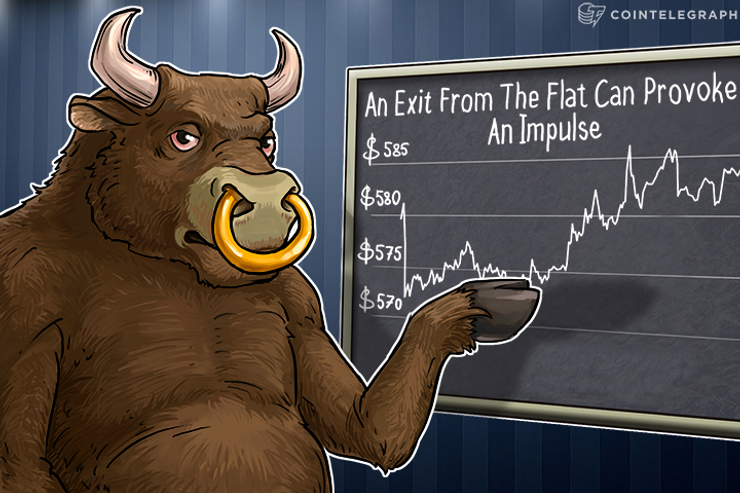 Bitcoin’s price is forming a short-term flat before a new surge. This sideway movement is a rebound towards the upward trend, after which there will be a chance for the price to reach the $640 mark.

An exit from the flat can provoke an impulse

The advantage remains with the bulls. That is indicated  by the behavior of the price at key levels. Upward rebounds at the level of $563.7 show that there is enough support for a future trend. If that short-term flat is a part of a larger movement, the following growth dynamic is quite likely to reach $640, the next long-term resistance line.

But the situation could change. If Bitcoin is going to be traded for a long time near $563.7, it could influence the majority of the traders, and the bears will take the advantage. In that case, there will be a deeper downward correction. The level of the flat and the diagonal channel serve as support lines for the upward trend. If a turn to decline doesn’t form at that point, the structure of the movement toward $640 will remain intact.

The structure of the upward trend could be disrupted at the $563.7 resistance line.