Why Danish police tracking Bitcoin operations to jail drug traffickers is good for the image of crypto. 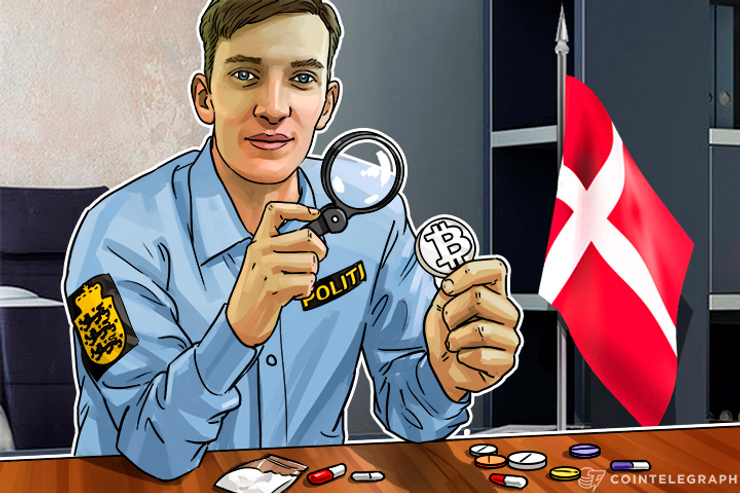 The recent news that the Danish police have become the first in the world to hunt down Internet drug traffickers by analyzing related transactions is, in a way, a positive for the image of the top digital currency in the world, Bitcoin.

With its latest rise to an all-time high in several markets, there is a tendency for the cryptocurrency to attract more users.

Some of them use Bitcoin for criminal purposes, so the recent arrest in Denmark is a good move for the image of the currency. Not to demonstrate that it can be controlled by the police in any country but to show that it is possible to track transactions made with it, especially if and when they need be.

The head of the Danish police’s cyber crime unit NC3, Kim Aarenstrup, told Berlingske that the police has a system in place to analyze Bitcoin transactions which have already helped them bring two drug trafficking convictions.

The not-for-profit research institute, RAND Europe, noted in a 2016 report that looked into the characteristics of vendors, buyers and other actors involved in the online drugs trade, that the number of transactions of illicit drugs on the cryptomarkets has tripled, with revenues doubling. The report described Bitcoin as the most popular cryptocurrency used on cryptomarkets to make purchases.

Though researchers in the US had earlier announced they had created an analysis tool for US law enforcement that can be used to overcome the challenges of criminals using Bitcoin for transactions, the Danes consider themselves “much unique in the world at this point, because there are not really any others who have managed to use these trails as evidence.”

According to the Danish prosecutor who made the conviction, Jesper Klyve, the Danish system worked by correlating transactions where Bitcoins are used to buy illegal goods, with transactions listed on the Blockchain as well as other information about users.

For the researchers at Sandia, a US-Federally Funded Research and Development Center which has delivered essential science and technology to resolve the most challenging security issues in the US for more than 60 years, “figuring out how to effectively combat illicit Bitcoin commerce and reduce its perception as a tool of criminals can encourage more people and companies to adopt Bitcoin for legitimate purposes.”

The team set up a research environment to experiment with other algorithms that can de-anonymize illicit Bitcoin users using a mix of traditional and novel investigative techniques, along with existing financial regulation and innovative policy and process tools. The de-anonymization will enable law enforcement to link Bitcoin addresses to a specific alias and they will know all of the Bitcoin addresses they need to deal with.

With more countries likely to adopt similar systems to filter illicit use of Bitcoin as time goes by, the negative perception of the digital currency may follow a downward trend.