A key plateau was reached yesterday that is associated with some of the biggest bull runs in history.

The number of active Bitcoin (BTC) addresses just broke an important plateau. If history is anything to go by, this metric may indicate that we’re in for a parabolic bull run.

On May 7, the number of active Bitcoin addresses exceeded 1 million for the first time since June 2019, when the price eclipsed $13,000. Prior to that, there have only ever been this many active addresses on the network during the historic bull run in late 2017. 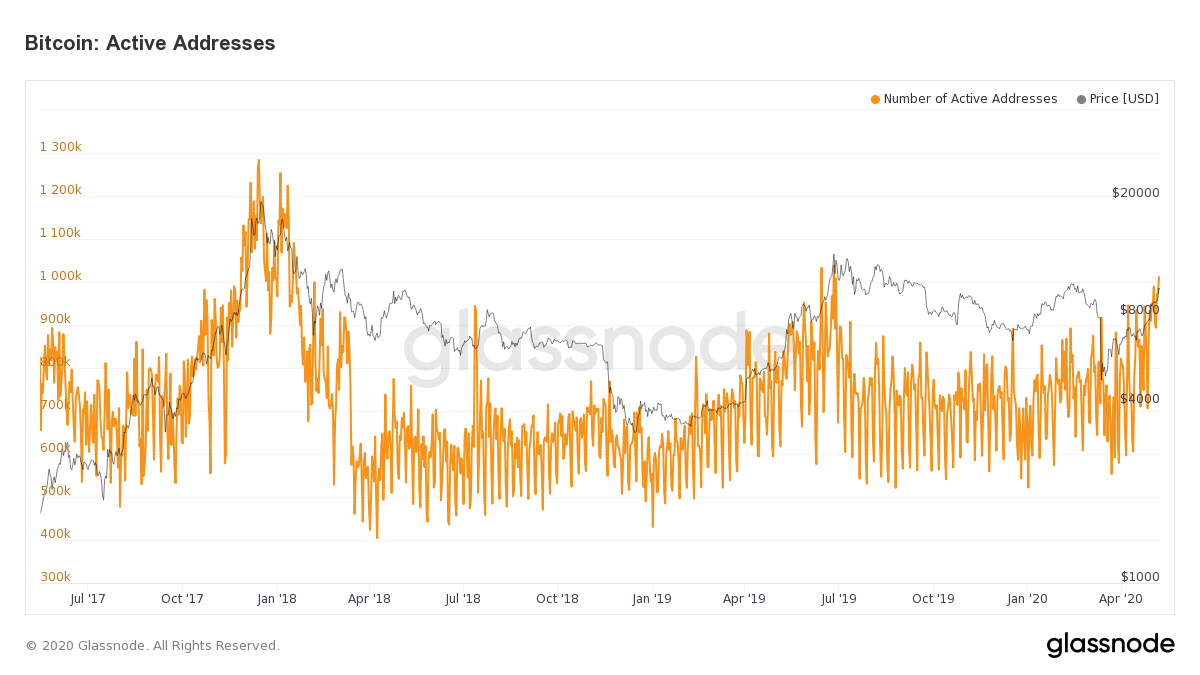 The positive correlation between the number of active Bitcoin addresses and the price appears to make sense on an intuitive level. Increasing numbers of active wallets indicate greater adoption and activity on the network. This also seemingly coincides with the heightened interest in the Bitcoin halving, as captured by the number of Google searches for the term. This metric was observed on the same day as the news surfaced that even famed hedge fund manager, Paul Tudor Jones, is hailing Bitcoin as a hedge against fiat inflation.

One thing to note is that this data are agnostic towards the value of Bitcoin controlled by each individual address. Whether a wallet holds 1 Satoshi or 100,000 BTC, Glassnode's chart treats the data the same.

Some believe that for Bitcoin to break out of its two-and-half year slump, the asset will need an influx of new institutional liquidity.