Mike McGlone, Bloomberg’s senior commodity strategist, in his latest Bitcoin report remains bullish on the “first-born” crypto and points to the advantage it holds over its hedging rival gold:

McGlone alludes to the fact that in most commodity markets, greater demand leads to higher prices, which in turn leads to greater production of the commodity and price stabilization. However, Bitcoin’s supply is controlled with code. Moreover, the rate of production of new Bitcoin will be halved next week.

Although an argument could be made that although Bitcoin mining cannot be altered by greater demand, still, its supply is not inelastic. The amount of the asset that long-term holders take out of the short-term supply responds to price.

Furthermore, McGlone states that the combination of Bitcoin’s anti-inflationary supply framework and the unprecedented central bank stimuli, creates a perfect environment for Bitcoin to outperform other markets:

“Restricted supply means adoption is the metric that matters, and most indications remain positive in an unprecedented environment where virtually every central bank is aggressively adding liquidity.” 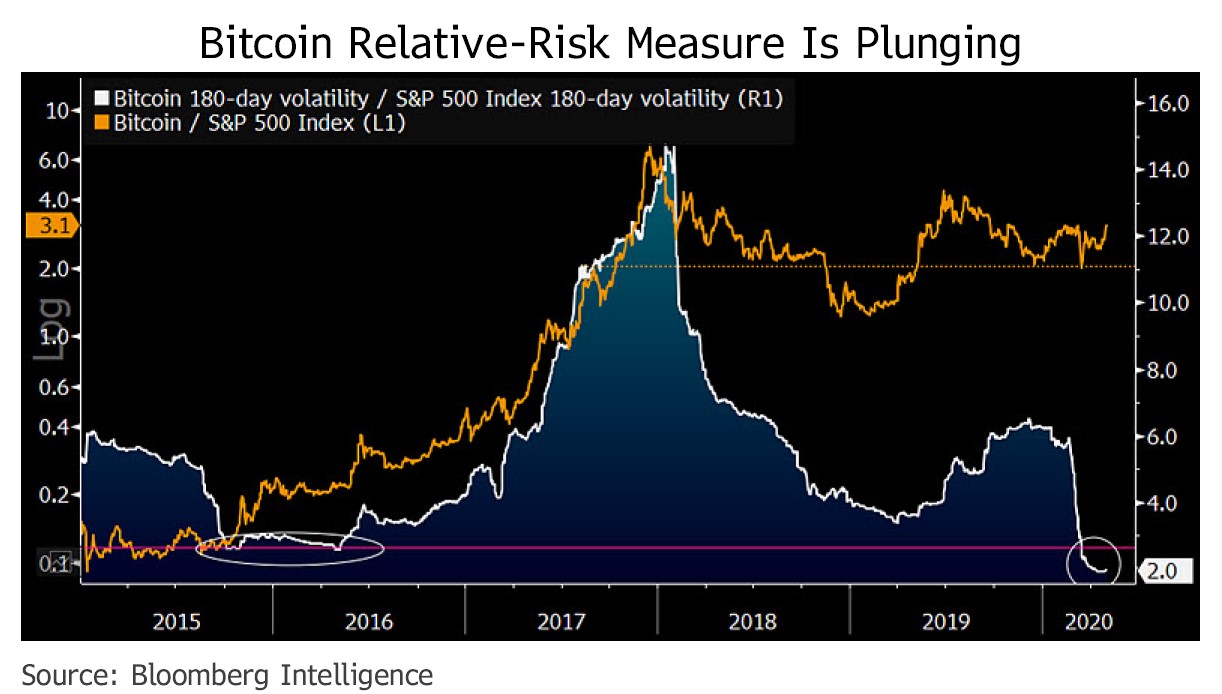 According to McGlone, another key metric likewise points to Bitcoin’s strength. 180-day volatility has hit an all-time low, the last time the market witnessed such a significant drop in the asset’s key risk metric was before the biggest bull run:

“The all-time low in Bitcoin 180-day volatility is notable for signaling the bull market commencing in 2015 and ending in 2017.” 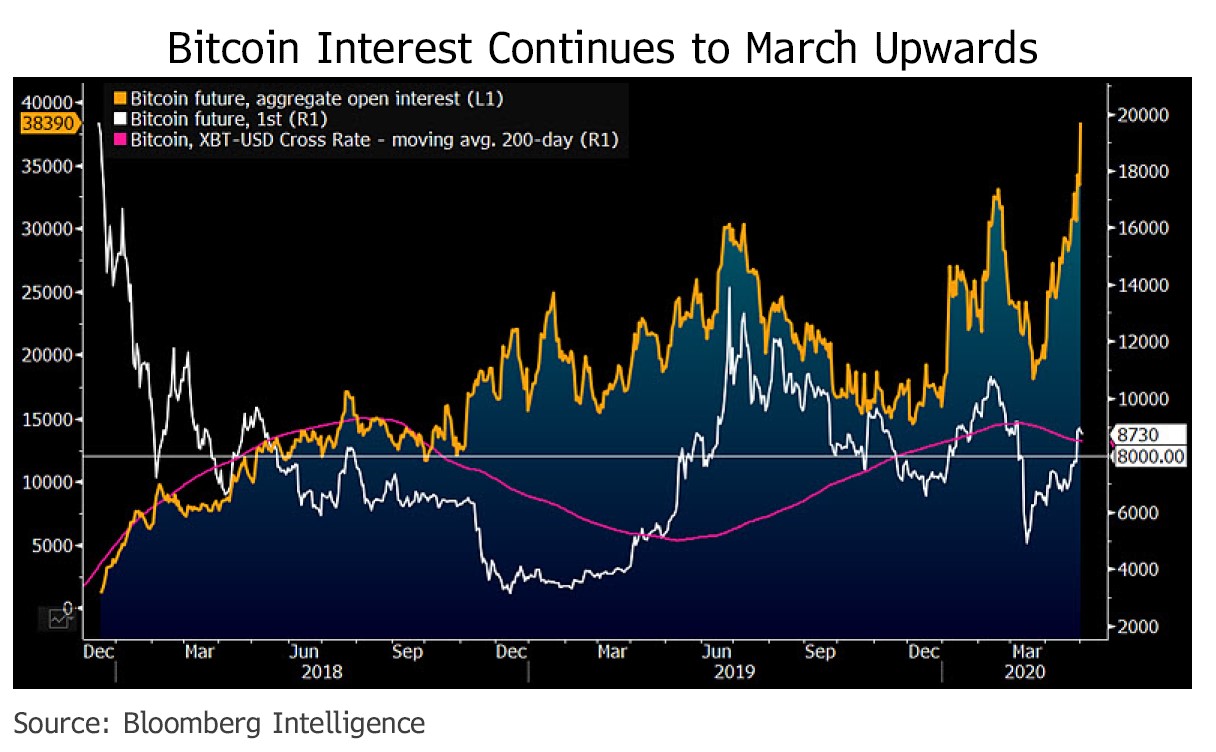 Also, McGlone believes that there is evidence in the increase of “buy-and-hold” types, he observed that the Grayscale Bitcoin Trust’s assets under management expand during price dips:

“What's notable is the recent record high in this demand metric occurred on the back of the March swoon in Bitcoin's price, as the stock market plunged. It's an indication of support below Bitcoin -- investors have been responsive buyers on price declines. At about 330,000 Bitcoin equivalents at the beginning of May, GBTC represents about 2% of supply.”