JUN 2 DIGEST: BitFury to Release Light Bulbs that Mine Bitcoin, Corporate Finance getting into Crowdfunding

BitFury has announced to bring bitcoin mining light bulbs, Corporate Finance houses are getting into crowdfunding and more news. 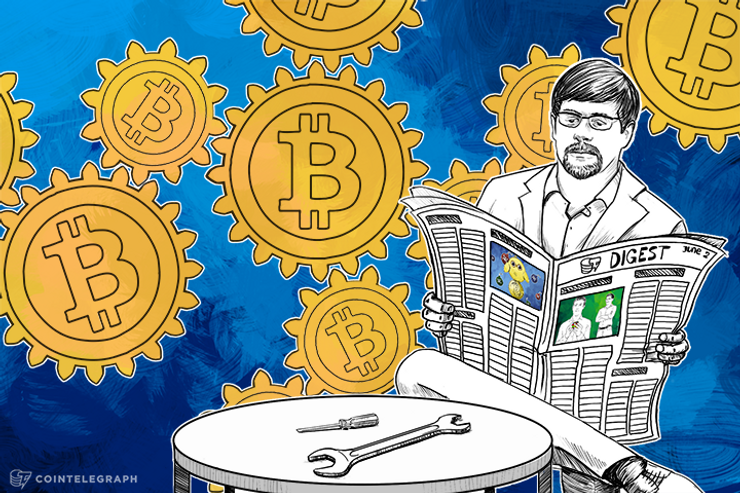 BitFury has announced to bring light bulbs capable of bitcoin mining later this year, Corporate Finance houses are getting into crowdfunding, Argentinean social network platform Taringa has seen creative content generation rise by an average of 40 to 50% after users joined its new bitcoin tipping initiative, and more top stories for June 2.

BitFury to Release Light Bulbs that Mine Bitcoin

Following the revelation last week that BitFury developed a prototype light bulb capable of mining bitcoin, the company has announced that it plans to bring the devices to market later this year. Though much about the market strategy remains unclear, the news follows increasing reports that industry companies are attempting to find use cases for bitcoin in line with the broader trend toward connecting everyday devices to the Internet.

"We believe that the project’s focus should not be on making money from bitcoin mining, but on creating innovative solutions with main purpose to use this product for educational purposes and fun."

Corporate Finance Houses get into Crowdfunding

In a move that’s among the first tie-ups of its kind, corporate finance houses including FinnCap and Grant Thornton will list early-stage equity deals on crowdfunding website InvestingZone. Brokers also include Nexus and CMR. Brokers plan to offer individual investors the same rates as institutions, on some investments usually only available to wealthy investors and venture capitalists.

“[The brokers] realized that if they don’t have a profile in this growing market they could lose out. This is a good way to get sensible companies in the pipeline and it also increases investment capacity.”