Bitwala has introduced its new Bitcoin Debit Card in Europe that allows direct payments to be made. 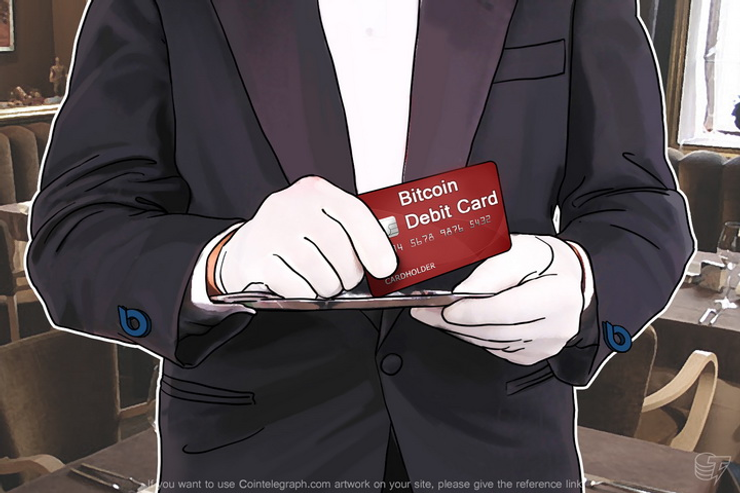 Bitwala, a service allowing bill payment with Bitcoin in the EU, has just introduced its newest feature. Customers have an opportunity to use Bitcoin Debit Card and thus spend their bitcoins almost directly.

There are two kinds of card: virtual for the price of 5 EUR or physical which costs 10 EUR. The most outstanding feature compared to other competitors: the fee for card loading. Bitwala set it up at 0.5% of the amount, with a 1 EUR minimum. The same fee when users are making SEPA payments.

“Day by day we try to make it possible for our customers to live of Bitcoin entirely. With SEPA integration, it is already an equivalent to bank account but it was still hard to order stuff on the internet or get cash at an ATM. With our debit card program we solved those problems for Bitcoin users once and for all.”

Although a three day period for loading up the card seems quite long, Jörg von Minckwitz assures that the process is actually faster, but for the start they didn't want to promise anything they can't achieve. That's why there is a maximum of three days. Most of the small loads will be processed in almost real time during european office hours. The average for larger amounts should be around 24 hours.

For example, unlike Mycelium Bitcoin card, card balance is held in Euro, so it's not a real Bitcoin card. However, users can pay or withdraw everywhere where Visa is accepted. We see our debit card as a service to our customers, that's why we chose the same 0.5% fee that we charge on all our transfers. As far as I know that is the cheapest of all Bitcoin Debit issuers.“

George Basiladze of Cryptopay.me does not fear new competitors:

“These guys are very small. They use BitPay for processing and another bitcoin company for cards. We, cryptopay.me, have a bitcoin debit card which can be funded with bitcoin or Cryptopay balance. The card has been launched in August. We’ve been on the market for more than two years, have more compatible rates, have several currencies, and we accept bank transfers in the UK and EU as well as debit cards.”