A new company is bringing students and tutors together on a Blockchain ecosystem optimized for learning.

A new ecosystem wants to help every student find a tutor through Blockchain – and transform the experience of learning online. 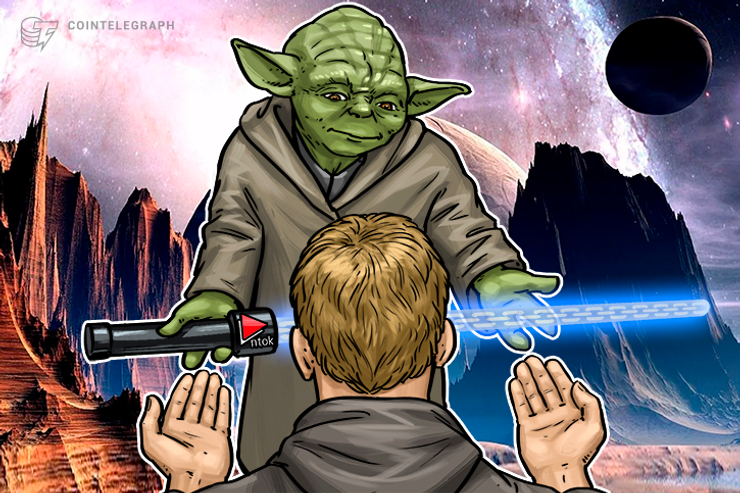 A peer-to-peer online learning platform is gearing up to bring the “out of date” education sector into the 21st century by becoming a one-stop shop for tutors and students.

Blockchain-based NTOK says its ecosystem helps to fundraise education and removes geographical hurdles for teachers and pupils – and will offer a high-quality learning environment furnished with textbooks and courses from prominent publishers.

The concept is already being put to the test, with an Alpha version of the platform being used as an online English language school. NTOK executives say they are obtaining “rapid feedback” from users so extra features can be developed.

Although the company is planning to specialize in foreign languages, other offerings will include pre-school education, supplementary learning for primary and secondary school students and courses in coding and Blockchain.

A growing market with growing pains

According to a report by Research and Markets, the global private tutoring market is forecast to grow at a compound annual rate of 6.7 percent between 2016 and 2020.

In theory, this means greater choice for students and greater demand for tutors – but NTOK argues that inadequate infrastructure and a continued emphasis on offline learning is stymying potential.

The company claims some students are spending hours a day travelling to private lessons on top of their school commitments. Meanwhile, the lack of a dependable online system means there is an imbalance in supply and demand, with qualified tutors in rural areas unable to offer their services to families in bigger cities.

Until now, affordability has also affected access to tutoring. Hourly rates are often inflated by middlemen who connect students with teachers, rendering extra support off limits to people from low-income households and making it harder for tutors to pay their bills.

NTOK believes its ecosystem will take commercial study centers out of the equation and estimates this could bring lesson costs down by 75 percent, with its white paper adding: “In NTOK, every student can find a tutor and every tutor can find a student.”

Although hourly rates would be brought down through the ecosystem, NTOK says tutors will have several revenue streams at their fingertips. The platform will allow specialists to sell pre-recorded lessons, and it hopes educational publishers will pay tutors to experiment with new teaching resources.

New Tokens Of Knowledge (NTOK), on the Ethereum Blockchain, will be used for payment on the platform and tutors with larger balances are going to be rewarded with higher search rankings.

NTOK claims the feedback systems of many direct and indirect competitors are often moderated, with negative reviews removed. Like other Blockchain start-ups, the company hopes its system will stop feedback from being manipulated – allowing students to make informed decisions. To protect tutors, their overall rating will be based on an average for the past 30 days, preventing one bad score from disproportionately dragging down their reputation.

The development of study areas has been a big focus for the company, with users being offered interactive whiteboards, file sharing, and connections for audio and video calls which deliver “better quality than Skype” – the software commonly used for tutoring at present.

NTOK’s platform will champion the idea of “tokenizing talents,” where students can buy tutor hours in bulk at a fixed price – preventing services from getting more expensive in the future. The company says this also allows tutors to “pre-finance their personal development.” It believes this concept will help evolve the current business and existing operations into a “three-level Blockchain infrastructure for continuing, lifewide education.”

Future developments could include the sale of equipment to aid learning, including tablets and earphones for simultaneous interpretation.

This effort to overcome linguistic hurdles ties in nicely with NTOK’s plan for growth. China, South Korea and Japan are priority markets for its first three years of operation. Spanish-speaking countries will follow, as well as the US and UK.

Backed by a team of seasoned tutors, software engineers and entrepreneurs, NTOK’s ICO ends on April 15. Proceeds are capped at $15 mln, and 70 percent of tokens are being made available to the public.

The company says cryptocurrency and fiat financing has been secured to develop the beta version of NTOK, and those who have a substantial amount of tokens will have the opportunity to vote on new features for the ecosystem in future.